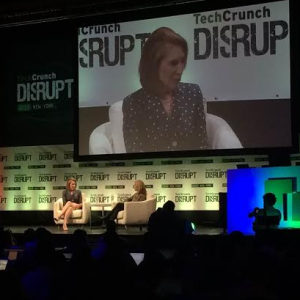 Is a Republican Presidential Coup Brewing in Silicon Valley?

Posted to Technology May 06, 2015 by Giuseppe Macri

From the birth of the Internet during the Bill Clinton administration to its most recent incarnation under President Barack Obama, Democrats have maintained the dominant political courtship in the heart of America’s modern-day industrial capital – Silicon Valley.

But the new breed of privacy-minded, innovation leaders on the right could be ready to change all that.

Silicon Valley’s relationship with the political left has never been more apparent than in the revolving door between the public and private sector. Google was the Obama campaign’s second largest donor in 2012, and on election night in November, Google Chairman Eric Schmidt personally oversaw custom voter turnout software for the president.

The president has since appointed Google and Twitter alums to the two top tech jobs in the White House, where Apple CEO Tim Cook and Facebook CEO Mark Zuckerberg have become frequent invitees to submit their opinions to the president on everything from government innovation and citizen privacy to national security.

When asked Monday if he would serve under the next president, Federal Communications Commission chairman and former telecommunications entrepreneur Tom Wheeler replied, “She hasn’t asked me,” clearly in reference to Democratic frontrunner Hillary Clinton.

But parts of Silicon Valley’s liberal landscape may have more reason than ever to lean right in 2016. On Monday, Zuckerberg became the latest tech giant to follow Netflix and cast doubt over the “extreme definition of net neutrality” – “the strongest open internet protections ever proposed by the FCC,” according to Wheeler, which Zuckerberg said “should not prevent access.”

Facebook along with Apple, Google, Microsoft, Yahoo and other names among the largest in Silicon Valley have also formed a coalition to combat the government – and the White House directly – over the massive breaches of Americans’ Fourth Amendment rights by the National Security Agency and the intelligence community at large.

Since the leaks by NSA whistleblower Edward Snowden in 2013, the government’s aggressive legal and extra-legal behavior toward Silicon Valley – including breaking into the servers at Google, suing Microsoft to access data stored overseas, threatening Yahoo with bankrupting fines and an FBI campaign to undermine user encryption at Google and Apple – has made for a compelling argument for companies to shop down another political aisle.

And for Silicon Valley in particular, 2016 could offer the most promising candidates yet to tackle the issues of not just today, but tomorrow.

During the announcement of his presidential bid in April, Kentucky Republican Sen. Rand Paul vowed to end “unconstitutional surveillance” on his first day in the Oval Office.

“The phone records of law abiding citizens are none of their damn business,” Paul told the crowd at a rally in Louisville. “And as president on day one, I will immediately end this unconstitutional surveillance.”

Siding with Silicon Valley against the government has been one of Paul’s chief issues since the Snowden leaks. Paul filed a lawsuit against Obama and the heads of intelligence agencies over the bulk phone surveillance program last February, and voted against the USA Freedom Act late last year because it didn’t go far enough in curtailing surveillance.

Another significant contender vying for Silicon Valley’s attention in 2016 is one of the most recent, and one of its own. Republican and former Hewlett Packard CEO Carly Fiorina announced her own White House bid Monday, and in true Silicon Valley fashion, followed it with an appearance at a tech conference in New York on Tuesday.

“It’s important to have someone in the White House who has a fundamental understanding of technology, a fundamental vision for how technology can be used,” Fiorina told the crowd at Tech Crunch’s Disrupt event.

“One of the things I think government shouldn’t be doing is trying to regulate in some bureaucracy how innovation progresses in the technology industry,” Fiorina added.

The HP alum first ran for elected office in 2010 against California Democratic incumbent Barbara Boxer for her seat in the U.S. Senate, where she lost by 10 percent. Though the Republican field is crowded and she fully expects to be outspent, Fiorina said she plans to run a different kind of campaign – and many of the issues she’s spoken about thus far are likely to be noticed in her former industry.

“How many people vote for American Idol on their cell phone every week?” she asked on stage at Disrupt. “What if we had citizens, teens in particular, engaging with their president that way?”

Deploying a digital grassroots campaign and mobilizing the youth vote was key to Barack Obama’s victory in 2008 and 2012, and the power of the medium – which has so far been most effectively employed by Democrats – is clearly not lost on Fiorina.

“Technology is a disruptive force; maybe we should use it to disrupt the status quo,” Fiorina said.

The Silicon Valley underdog has already made a priority of her own for her potential first day behind the big desk – to “roll back the 400 pages of regulation that the FCC published over the Internet,” which she described as a “complete non sequitur,” adding that the regulations “can’t possibly work.”

“Government shouldn’t be regulating how innovation progresses in the technology industry.”