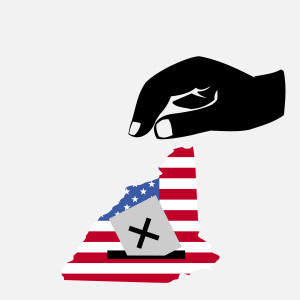 Recently, Nate Silver predicted that there is a 60 percent chance that Democrats will lose control of the Senate. This has led Senate Republicans to celebrate their good fortune and Democrats in Washington to panic as the possibility of a Republican takeover appears to be more likely than not. Additionally, the congealing conventional wisdom is that a majority of the next House of Representatives will be Republicans and Nancy Pelosi will not reclaim the Speaker’s gavel.

In light of these big picture expectations, what can we expect to see happen on Election Day in New Hampshire? Jeanne Shaheen is running against a field of Republicans, including former Massachusetts Senator Scott Brown, to return to the Senate and Carol Shea-Porter and Ann McLane Kuster will be seeking a return to the House of Representatives. Silver predicts that Jeanne Shaheen has a 75 percent chance of winning re-election, and the Cook Political Report places Shea-Porter’s race as a tossup while Kuster’s seat leans Democratic.

Many techniques of predicting election results place significant importance on the partisanship of a state’s electorate. So, if we want to think about the important congressional races taking place this year in New Hampshire, we need to consider the direction Granite State voters have taken since the 2012 election. If New Hampshire’s registered voters are increasingly Republican, we can expect the Democratic incumbents of the state’s congressional delegation to face trouble, while a Democratic turn would give them cause to rest a little easier.

Recently, the Secretary of State released updated tallies of Republican, Democratic, and undeclared voter registration totals for every town and city ward in the state. A bit of digging into these numbers paints a picture of how both parties have done from November 2012 to January of this year. It is immediately apparent that both the Democratic and Republican vote tallies declined in the average New Hampshire town during this period. It should be noted that both parties have lost registered voters between one presidential election and early in the next midterm election year since 1998. Republican registered voters declined from 273,675 voters in 2012 to 261,846 in the most recent report, while the number of registered Democrats decreased from 250,358 to 236,774 statewide. The average decline in the Democratic rolls was 42 votes in a town or city ward, while the average local decline in the Republican lists was by 37 votes.

The size of these declines is not even across the state’s communities, however. In New Hampshire’s city wards, Republicans lost an average of 53 registered voters, while Democrats experienced losses of 83 registered voters on average. Both parties lost virtually the same number of registered voters in the average town, with means of 32 and 29 voters for the GOP and Democrats, respectively.

If we take the effort to dig a little deeper, we find that there’s much more to the story than big Democratic declines in city wards. It appears that while both parties have been cooling off from the hotly contested 2012 election, Democrats seem to be holding on to their voters in places where the Obama campaign was best organized.

From November 2012 to January 2014, Republicans decreased the advantage of Democrats in Dunham by 224 votes, while Democrats narrowed the Republican registration lead in Bedford by 214 votes. These examples are the most extreme outliers, as towns and city wards saw Republicans gain an average of 5 votes in relation to Democrats since the 2012 election. So, even though both parties declined, Democrats lost five more votes than Republicans lost in the average town or city ward.

We learn from the first mitigating factor that the relative registration gains of Republicans tended to be larger in towns that had more Democrats to begin with. This is not terribly surprising, as Democrats lost more voters than Republicans lost in places where there were more Democrats. What this does tell us is that New Hampshire residents are reducing their participation levels from the high water mark of the 2012 election, and undoing much of the work both parties did to register friendly voters in places where they were already doing well. Republicans and Democrats are catching up in the places were they were far behind in 2012.

The second mitigating factor tells us that Democrats experienced smaller losses (and sometimes even gains) in towns and city wards where President Obama won more votes than the partisan registration numbers in those towns and city wards would suggest. While other explanations are certainly possible, it would appear that these places are those in which superior organization by the Obama-Biden 2012 campaign allowed the President to identify and mobilize more friendly voters than in places with similar proportions of Democrats. Given that the Obama-Biden 2012 campaign organization was preserved as Organizing For Action and continues to register voters friendly to the President’s agenda, it is plausible that what we see here is the effect of OFA working to register voters during the political “off-season” in places where it was strong on Election Day 2012.

This argument is bolstered by the fact that there was no relationship between relative Republican gains in registration in places where Mitt Romney won more votes than the partisan breakdown suggests. Mitt Romney’s campaign organization (unlike that of President Obama’s) was not kept in place to aid his party’s causes and register voters friendly to his agenda, so it would make sense to see a lack of a connection if the Obama organizational advantage is playing a part in retaining registered Democrats.

The 2014 midterm elections are still more than half a year away. Democrats are understandably concerned and Republicans  are pleased with the emerging electoral landscape. Republicans have suffered fewer losses in their registered voters than Democrats, which strengthens their position in the three major races coming up this November. However, early signals from the developing partisan electorate in New Hampshire suggest that the organizational advantages demonstrated by Democrats in 2012 are continuing to help Democrats in places where they were exhibited. If the Democrats can repeat their efforts from the last cycle and funnel more resources and volunteers into OFA, the natural trend toward Republicans may be overcome by the Democratic organizational advantage. Nevertheless, Democrats must do more work to leverage these persistent advantages if they want to thrive in what looks to be an increasingly Republican year.