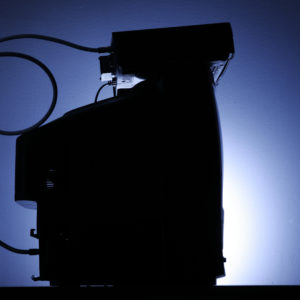 Republicans are blasting Federal Communications Commission Chairman Tom Wheeler for refusing to seek public comment on the latest version of his plan to unlock the set-top box, despite going through several major revisions, a vote delay and a continuing lack of support among even fellow Democratic commissioners.

Conservatives at the commission and on Capitol Hill are criticizing Wheeler following his decision Thursday to indefinitely delay a vote on the FCC’s plan to compel cable and satellite providers to offer their content on apps instead of set-top boxes — a plan that’s gone through so many revisions since its initial public comment period, the commission should hold another one, they argue.

“Your new proposal is intended to benefit consumers, yet those same consumers are not currently able to read this far-reaching new plan,” South Dakota Republican Sen. John Thune wrote in the letter to Wheeler Friday. Thune chairs the Senate Commerce, Science and Transportation Committee that oversees the FCC.

“For a rulemaking that is expected to take years before it is fully implemented, there is no need or urgency for the commission to rush behind closed doors to adopt a final order,” he continued. “Sunlight in government proceedings is critical for ensuring outcomes that provide the most benefit possible for the American people.”

The delay, announced 30 minutes before the agency’s September open meeting, comes two weeks after Democratic Commissioner Jessica Rosenworcel told Thune and other lawmakers she didn’t think the FCC had the legal authority to enact a part of her boss’s plan. The portion in question would give the agency oversight of licensing deals between pay-TV providers and the third-party devices that would download their apps.

Wheeler attributed the delay to “a matter of running out of time” in comments after Thursday’s meeting, but neither Wheeler nor Rosenworcel — who’s waiting on a stalled renomination vote in the Senate — would confirm her dissent from the latest version of the plan, which reportedly has the FCC acting as a “backstop” on copyright licensing deals the agency could deem harmful to consumer choice.

“The last version I saw, it still had a role for the commission,” Republican FCC Commissioner Michael O’Rielly said after the meeting. “Some would say it’s a backstop, but I would say it’s still got its tentacles involved.”

O’Rielly and fellow Republican Commissioner Ajit Pai said they’ve submitted changes to the plan they would support, but weren’t being included in conversations Wheeler said commissioners were engaged in Wednesday night.

Wheeler’s decision to keep the item on circulation will give him the freedom to bring it back for a vote anytime, presumably after convincing Rosenworcel.

“The notice deleting the proposal from yesterday’s agenda says — in arcane legalese — that ‘the sunshine period prohibition in 47 C.F.R. § 1.1203 will remain in effect until further notice,'” conservative tech blogger and former head of the FCC’s Wireless Telecommunications Bureau Fred Campbell wrote in Forbes Friday. “In plain English, this means the ordinary back-and-forth between the public and the FCC on Wheeler’s set-top box proposal is prohibited indefinitely.”

Energy and Commerce Committee Chairman Fred Upton of Michigan and Communications and Technology Subcommittee Chairman Greg Walden of Oregon, who oversee the FCC on the House side, agreed Wheeler should issue a further notice of proposed rulemaking on the plan, presumably now on its fourth iteration since the FCC heard public comment.

“It’s clear that the many questions about the scope and authority of the commission in this set-top box proceeding have taken their toll on its consideration,” Upton and Walden said following Thursday’s delay. “It’s time for the commission to engage in the transparent process that the public deserves. It’s time for Chairman Wheeler to release the text and seek public comment.”

Republicans aren’t alone. Last week 63 House Democrats led by California Rep. Tony Cárdenas sent a letter to the commission urging Wheeler to hold another round of comments on the plan before moving forward.

On Thursday Wheeler said he disagreed “that this is an issue where the public has not had an opportunity to express themselves or has not been heard.”

The delay is a setback to Wheeler’s fall agenda, the last of his chairmanship, during which he plans to issue high-profile rules on privacy for internet service providers and competition in the high-capacity business broadband market.