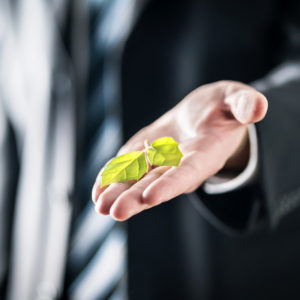 Republicans Want to Prove They Can Be Green Too

For too long, Republicans in Washington have surrendered to the popular perception that environmental issues are the purview of the left. With the formation of the Republican Roosevelt Conservation Caucus, congressional Republicans are finally signaling that they’re willing to fight back against the idea that there are no market-friendly solutions to climate change and other environmental problems.

Green issues are not issues for which Republicans are known. Because environmentalism is a traditionally liberal concern, Republicans tend to spend most of their time playing defense against the most economically dangerous proposals coming from the left.

That’s understandable given the type of proposals Republicans are defending against — the Green New Deal (GND) was estimated by an organization run by former Congressional Budget Office director Douglas Holtz-Eakin to cost up to a mind-boggling $93 trillion over 10 years. For context, that $9.3 trillion annual cost represents nearly half of the GDP of the entire country. It’s just under three times the total revenue collected in 2018. And it wouldn’t even be effective — the American Enterprise Institute estimates that the GND would result in a mere 0.173 degree difference by 2100. The “solutions” from Democrats begin to sound like a medication commercial with a very long and worrying legal disclaimer section at the end.

Nevertheless, this reactive focus appears to lend credence to the idea that Republicans are just naysayers lacking ideas of their own. Though this new Roosevelt Conservation Caucus is out to put ideas into action, market-based solutions to climate issues have been around for years.

While the left demands Americans pay more for basic energy needs while giving up cars and plane tickets (and even straws, lawns and hamburgers!), market-based solutions require no such radical changes.

In fact, life need not change drastically at all. The core of the conservative solution to climate issues revolves around technology and innovation. Natural gas has been a cleaner alternative to coal energy while renewable sources become more viable. And already, the outlook for renewable energy is improving thanks to technological advancements.

That doesn’t mean that a forced transition to renewables or lavish subsidies would be advisable. In the past, countries have tried to speed up the switch to renewable energy through expensive subsidies and mandates and seen it backfire. In the 1990s, Germany attempted to aggressively push renewable energy sources before they were ready — a plan that backfired spectacularly by costing Germans billions of dollars and resulting in the need to build coal plants to meet energy needs.

Instead, Congress should seek to encourage and support innovation, while avoiding the urge to subsidize the conventional energy sources renewables naturally replace.

Renewables aren’t the only technology that shows promise, either. Electric vehicles are transitioning from a short-range luxury novelty to a real competitor in the automotive industry, and carbon capture technology continues to develop. This kind of technological innovation is more impactful than just about any command-and-control economic scheme in contributing to positive environmental changes. And it relies on the same philosophy that led to Thomas Malthus’s direst predictions turning out to be false: faith in the ingenuity and resourcefulness of free markets unconstrained by excessive government.

Kudos to Republicans in Congress for waking up to the reality that one need not be on the left to offer environmental solutions. Nor need one bankrupt the country with “cures” that are worse than the disease.