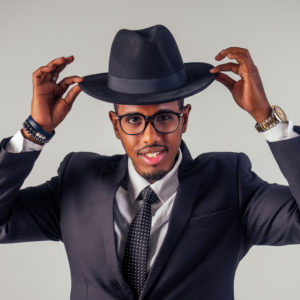 Requiem for the Necktie and Men’s Fashion Altogether

It was ailing before; now in the age of the coronavirus, it’s at death’s door.

I write about men’s fashion. Long before we’d ever heard the dread word COVID-19, the decline in man’s way of dressing had begun.

Fans of old movies can marvel at how we once togged ourselves out: hats, suits with vests or double-breasted suits and, at night, black or white tuxedos. In movies and real life, people smoked cigarettes as though the very act of lighting a cigarette was a fashion statement. Yes, good guys (and gals) smoked cigarettes, now it’s only bad guys.

We were never quite as dress-conscious as the British, but we had our standards: always a hat, a necktie and a jacket. You couldn’t get into a decent restaurant, club or social gathering without a tie and jacket. Restaurants and hotels maintained loner-jacket closets for patrons.

Church meant Sunday best: a suit, no matter how worn and bedraggled. These days men go to church dressed for the gym or the beach, wearing cutoff jeans, Hawaiian shirts and sandals.

JFK had a fine head of hair and seemed to want us to know it, so he went bareheaded, everybody else followed. This must have thrown tens of thousands out of work: felt makers, hat designers, milliners and shops that sold only headgear. Gone without even a shout in Congress, a mention on the stump or a bring-back-the-hat movement.

One could say baseball caps have taken over, but really! What is a baseball cap compared to a fine Homburg, a derby or a sporty tweed cap? Not in the same league, you might aver. Brim up or brim down, hats counted, defined, identified and introduced the wearer.

You lifted your hat to women, to superiors or older people and took it off and cradled it indoors. Hats had their own rules and standards. The place where you now put your rollaboard on planes started as a “hat rack.”

As to the tie, it died slowly at first and then fast. It was pop musicians who gave it a huge shove in the 1970s. They didn’t wear ties. Then high-tech honchos in the 1980s dressed down. Think Steve Jobs in those turtlenecks.

In the last year, ties have gone the way of hats. Only evening newscasters still wear them, and not all of those. Ties are out on most television shows and were going out in business before the lockdown.

Who decried that a man would be a fossil if he wore a tie? Who thought we’d look better without them?

The shirts men wear are clearly designed to be worn with ties, so all those tieless men you see everywhere look robbed, incomplete, underdressed, as though they forgot something when they left the house in the morning. Or were disturbed doing something naughty.

Why make life so hard for those who love men? What are they to give us for birthdays, Christmas, anniversaries? The tie served magnificently. They were the perfect gift: easy to give, easy to receive, and nearly always welcome. They eased the social ritual of thanking dad, husband or boyfriend for being there.

There is, I notice, some attempt to save the day because those who feel it’s now old-fashioned to wear a tie are sporting showy pocket squares. Maybe this works. To me it just emphasizes the nakedness around the neck, where something is missing.

Of course, ties have no use whatsoever except to vary the sameness of suits and, for the odd philistine, to be pressed into service to wipe eyeglasses.

After the coronavirus what? Suits may not come back at all, we may all wear only those things that can go into the washing machine and be worn without pressing.

Fashion for men seems to have been hanged by the neck.