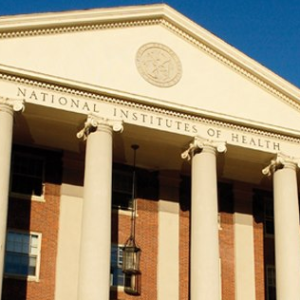 National Institutes of Health
[IS] Opinions

When you are sick, very sick, you wait for medicine to work its magic. But if the disease is Myalgic Encephalomyelitis (ME), you have to wait for the medicine to be invented.

The bad news is that so little funding is going into solving the ME problem, commonly known as Chronic Fatigue Syndrome, that those sick today may be sick for the rest of their lives. They are living a life that is a nearly intolerable to themselves and a massive burden to their loved ones, spouses, parents and caregivers.

What is known is that ME is a disease of the immune system. It is vicious and debilitating, leaving the patient confined to a marginal life, a parallel and unequal existence.

Most infections are of healthy people who are struck down often, but not always, after exercise. The first symptoms can be flulike: The sufferers feel a few days in bed will do the trick. But having ME is a life sentence. There also have been group infections, known as “clusters,” where hundreds have been stricken.

If you have ME, the least exertion can force you to spend days in bed, exhausted, hurting in myriad ways from headaches to what one woman described as “feeling like your bones are exploding.”

In severe cases, the patient cannot tolerate light or sound. A young man, newly married, and felled unaccountably, had to live in a closet for an extended period before he could handle light and sound. Symptoms vary but most of the time a victim feels, as one told me, “like you are a car that has run out of gas and your tank cannot be filled up again.” A teenager told me that if she is to go out with friends, she has to weigh that against days of bed rest, in a complete state of collapse.

The National Institutes of Health — the principal researcher into ME and dozens of other perplexing diseases — has historically given ME a pittance. In the last three years funding has been held to $5 million a year, although the Obama administration had promised more. To put this in perspective, the trade association of the pharmaceutical industry calculates that it costs $1.2 billion to bring a new drug to market. Sadly that industry has not shown interest in ME, so the research is mostly funded by NIH and private groups and individuals.

The news that the Trump administration is thinking of cutting the total NIH budget by $5 billion has caused a palpable anxiety to grip the ME community. The disease is cruel enough, does it need to be compounded by the government?

That is why those who could manage it and members of their families were enthusiastic supporters of the March for Science. They were out there with a sense of being at the barricades as the barbarians massed on the other side.

The United States has led the world for years in scientific discovery and implementation. It is deeply disturbing to think that the country would draw back from it. But the administration’s ambivalence is clear. The Department of Energy with 17 national laboratories, every one the envy of the world, is headed by Rick Perry. When he ran for president, he did so on a plank that included closing the department. The Environmental Protection Agency, with a history of struggling to get the regulatory science right, is headed by Scott Pruitt. As attorney general of Oklahoma, he sought to hobble the agency with lawsuits.

So across science, from the National Aeronautics and Space Administration to the research service of the Department of Agriculture, there is fear among scientists; fear for their jobs, fear for science and fear for America.

In the sick rooms of the 1 million or so ME sufferers, despondency has reached new depths. You will not be cured if no one cares enough to look for a cure. Can you double down on despair?