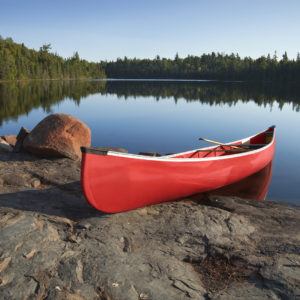 Fifty years ago, American manufacturing focused on iron, steel, and heavy machinery. Now that the digital age has begun, the importance of these raw materials has diminished, replaced by a need for special metals like cobalt and copper. Generally, these resources are imported from overseas, often because state and federal regulations have discouraged domestic mining growth. However, reopening mines in northern Minnesota would boost the regional economy, while also improving environmental protections, according to a recent report.

“Mining is often framed as an ‘either or’ proposition—jobs or the environment, tourism jobs or mining jobs. But this is an inaccurate portrayal of modern mining,” said Isaac Orr, a policy fellow at Center of the American Experiment (CAE) who co-authored a recent report on the economic benefits of mining. “Advances in technology and strong regulations mean Minnesota can, and should, have a strong mining economy and a safe, healthy environment.”

Minnesota, which ranks sixth in the nation for non-fuel mining production, contains some of the world’s largest undeveloped copper, nickel and platinum deposits. In addition, it contains reserves of cobalt, a key element needed in cell phone production.

Right now, three have been proposed in northeastern Minnesota. Each is at a different stage of the planning process, which requires not only extensive surveying of the mineral deposits in the area, but also a projection of mineral prices and operating costs throughout the expected life of the mine, likely 30-50 years. Even so, the Twin Metals and PolyMet projects have already met with resistance from environmentalists, who are trying to prevent the projects from obtaining necessary permits.

Their efforts could have a significant impact on the state’s economy, the CAE report finds.

“If Minnesota had taken advantage of its copper, nickel, platinum group elements, and ilmenite resources, it would have increased the direct sales of minerals and metals by approximately $2.1 billion in 2017, bringing the total sales of metals and minerals from the state to approximately $5.28 billion,” the report states.

According to CAE, if the state had mined these available resources in 2017, it would have jumped to third in the nation for non-fuel mining production. This would help the area economy, which has long lagged behind the rest of the state. Mining salaries in St. Louis County, where one of the proposed mines would be located, are around $42,000 annually, about $24,000 less than they are in the Minneapolis metropolitan area. Mining salaries pay an average of $83,000, nearly double the average salary.

Encouraging domestic mining would not only bring industries and jobs back to economically stagnant parts of the country, it would also increase environmental protection and worker safety. Advances in oversight and technology have made today’s mine more environmentally friendly than ever before. In fact, no mine permitted since 1990 has been added to the National Priorities List, a first step for a site to join the SuperFund list, and many of the sites on the list are a century old.

Meanwhile, allowing for domestic production will help to shift the sourcing for minerals like cobalt from other parts of the world with more lax environmental and safety standards.

They note that about half of the world’s supply of cobalt is today produced in the Democratic Republic of the Congo, where children are often employed to work in the mines, and where production of the mineral results in substantial environmental contamination. Cobalt is frequently found alongside deposits of nickel, and Minnesota contains some of the U.S.’s largest such deposits.

Unfortunately, the proposed projects continue to struggle for government approval. The Twin Metals mine project lies near the Boundary Waters Canoe Area, a protected National Wilderness Area in northeastern Minnesota. Already, environmental groups and some tourism-related businesses have sued to prevent copper mining in the Superior National Forest. The project had previously been granted mineral exploration leases, but the businesses and environmental groups are concerned that mining in the national forest would harm the Boundary Waters watershed.

The dispute shows a divide in the region between those who families worked the mines years ago and those who businesses are tied to tourism, an industry which arrived later. Mining advocates say that the two industries can exist simultaneously. If state regulators will allow them to try is yet to be seen.