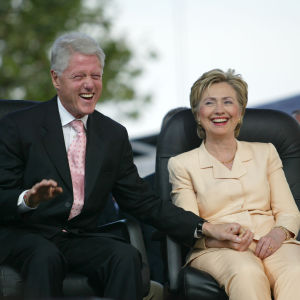 Rethinking the Role of a First Spouse

The recent passing of Nancy Reagan, coupled with a growing possibility that the country may usher in the first female president, has brought into question the purpose and role of the First Lady.

Any conversation about gender roles in American politics ought to start with the early republic. Like today, politics was often dirty and dishonest, and it was a place for ambitious self-promotion. A major difference, however, was our nation’s rigid gender roles. Certainly there was little tolerance for women who might want to sully themselves in the public arena.

That’s why for women — the intelligent and determined ones especially — their sphere of political influence was understood to reside within the home. Women helped sustain the new republic through their roles as wives and mothers, securing a new social order in which liberty and the public good were the objectives, by ensuring that their husbands adhered to, and their children were raised with, republican principles. And in this way many First Ladies of the 18th and 19th centuries reflected the gender roles and expectations of the day.

Today, however, this “republican motherhood” — as historian Linda Kerber famously described it — is clearly obsolete. Family structures have evolved and women play a decidedly active role in our public life. And that’s why it should come as no surprise that people assume First Ladies ought to be able to play a more leading role of their own.

Certainly popular culture suggests all sorts of potential arrangements. ABC’s “The Good Wife” stars Alicia Florrick, the First Lady of Illinois who also runs a high-powered law firm. And the Netflix sensation “House of Cards” suggests the First Lady can simultaneously be the vice president.

But NBC’s seven-season television drama presents the most realistic picture of the First Lady. “The West Wing” featured Abbey Bartlett, an accomplished physician who then leaves medicine to serve as her husband’s partner in a more conventional White House role. And Michelle Obama’s role as FLOTUS has closely mimicked that of Abbey Bartlett, having left a successful law career and now overseeing a somewhat innocuous personal policy space of her own within the White House.

The 39th Speaker of the House John Nance Garner famously observed, “The vice presidency is not worth a bucket of warm spit.” Unfortunately, being the First Spouse is even harder.

While gender roles will continue to evolve, we ought to manage our expectations for what this means for the First Lady (or Man). The ballooning progressive state means the executive has become so powerful that it leaves few options in the public or private sector for the First Spouse.

Despite the fictional ideas presented on TV, working in any branch of government or official public office would pose inherent conflicts of interests. Private-sector employment would be equally challenging as the First Family’s “celebrity” factor would render a position as an employee or even as a business owner problematic on a day-to-day basis, with their performance, dress and relationships constantly under a media microscope.

While women today have soared to the top of nearly every field — and more women are holding elected office themselves — it seems only right that we rethink the structure of the First Family. But the reality is a truly different role for the First Spouse would require we rethink the size and scope of government first.