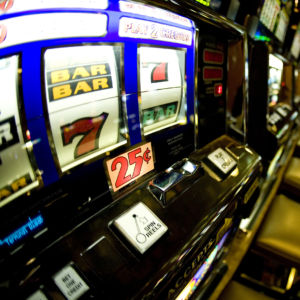 Clarification: This version of the article has added comment from SBTech making clear the company denies any involvement in Iran or Turkey.

Rhode Island’s ongoing controversy over a 20-year, no-bid deal with an international gaming company is a “cautionary tale” for politicians and taxpayers, as well as the hundreds of workers whose jobs are being used as bargaining chips. It’s a move so egregious even some of Gov. Gina Raimondo’s fellow Democrats are outraged by it.

“How dare IGT make that threat? What kind of company would threaten to hurt 1000 people unless they get the state money they want? It’s extortion, and it’s disgusting. IGT should behave better,” tweeted progressive State Sen. Sam Bell.

International Game Technology (IGT) is a large, multinational gaming conglomerate. In June, Gov. Raimondo’s office and IGT announced an agreement to extend the company’s current 20-year, no-bid deal, giving the gaming giant a $1 billion contract to run the state’s lottery and 85 percent of the slot machines at the Twin River casinos until 2043. Twin River, which wants to compete for the contract, says the no-bid deal would cost Rhode Island hundreds of millions of dollars in lost revenues, an assertion backed up by other estimates.

So how did IGT get this sweetheart deal? Political observers point to the fact that IGT’s former chairman, Donald Sweitzer, is Raimondo’s key fundraiser and top aide in her position as head of the Democratic Governors Association. He’s also a longtime political insider who worked with the notorious — and now jailed — Paul Manafort and was part of the Clinton fundraising machine that became embroiled in scandal in the 1990s.

Given the cost to taxpayers and the swirling scandal surrounding the no-bid deal, IGT is facing some political headwinds. The easy solution for Raimondo and Rhode Island politicians would be to open up the process to competition and transparency. To prevent that, IGT is using the job security of their more than 1,000 Rhode Island employees as leverage.

“We’re confident we would win. But we wouldn’t be guaranteeing the 1,100 jobs in the process. That’s the difference here,” IGT’s Bob Vincent told Rhode Island’s NBC 10 News. The threat is that IGT could win the contract but still relocate the jobs.

“One thing for sure in this IGT/ Twin River discussion: Rhode Island has hogtied itself to one company for short-term economic gains,” Democratic state Rep. Jason Knight said in a tweet.

The situation playing out in Rhode Island underscores the potential complications and risk that states across the nation face as many of them rush to partner with gaming companies from abroad seeking to run state lotteries, slot machines, and other gaming ventures.

In numerous cases, these foreign companies are poised to bring an assortment of baggage to American shores, including questionable practices and records of operating in questionable foreign markets. Consider, for example, SBTech, an online gaming company that was recently awarded a contract in Oregon to run online betting.

SBTech got the contracts despite its operations abroad raising questions. It has been accused of having gaming operations in Turkey and Iran, countries where sports betting is banned – and countries that have worked against the interest of the United States. According to a report from The Floridian, which examined whether the company has ties to Iran, SBTech “categorically denies that any of its customers or resellers are taking wagers from Iran or Turkey.”

Now, SBTech is attempting to enter the gaming market in Pennsylvania, a state that experts say could, by virtue of its size, set a troubling regulatory precedent for other states closely watching on the sidelines if it chooses to give the gaming company unquestioned approval.

The potential problems do not end with SBTech. In Norway, regulators earlier this year banned six companies — The Betsson Group, Co-Gaming Ltd, L&L Europe Players Ltd, the Gaming Innovation Group, the Kindred Group and Lucky Dino Gaming Ltd – after warning the companies about operating “illegally” within the country, according to a published report.

Reports also show that a company operating in Sweden, Gaming Innovation Group, got hit with fines totaling millions of dollars because of bets being placed on youth sports. And in the United Kingdom, regulators issued fines totaling £4.5 million in an effort to protect consumers from shady dealings and prevent money laundering.

In Rhode Island, Governor Raimondo appeared to be bowing to IGT’s pressure.

Last month, after testifying on behalf of the no-bid extension she told reporters, “the [IGT] CEO came to meet with me, in my office, from Italy. He was not threatening, he was not bluffing. They have real estate all over the country. They’re trying to consolidate — the jobs are very much at risk, and I think we’d be crazy to lose them,” said Raimondo.

IGT’s ham-fisted threats are having a negative impact on her fellow Rhode Island Democrats.

“It’s a threat, and it’s wrong,” Bell told InsideSources. “You should not extort cash from the state by threatening to hurt your employees in the state. It’s immoral. And if we let them get away with it, then other companies will try to get away with it.”

IGT’s would-be competitors at Twin River say the jobs threat is overblown, and it has promised to add 1,100 new jobs of their own if they get the contract.

IGT’s leverage over the state’s taxpayers at the expense of their employees’ job security is just one of the unintended outcomes of the no-bid process, which is one reason why good government oversight organizations generally oppose them.

The National Association of State Procurement Officials has released guidelines on no-bid or, as the NASPO calls them, “single-source” bids. And while the organization says “sole source procurements are not categorically a ‘bad thing,’” they told InsideSources in a statement that “competition is the preferred method of performing a procurement process.”

It is also an outcome IGT and its political allies like Raimondo are determined to avoid, even at the cost of putting their own citizens in fear of losing jobs.

“One way to mitigate the risk of overspending posed by a sole source contract — which by definition is negotiated in the absence of a direct market mechanism — is to limit the length of the contract,” NASPO’s guidelines say.

That advice is particularly relevant in Rhode Island’s case. If IGT gets its way, a single vendor will have controlled one of the state’s largest revenue sources for 40 years without ever facing a competitive bidding process.

“I wonder if anyone asked back when the IGT contract was first signed if they would have agreed to the deal knowing that they were handing IGT a loaded gun to hold to our head now in 2019?” Rep. Knight asked via Twitter.

“Whatever we end up doing with IGT, everyone should view our history here as a cautionary tale,” Knight said.