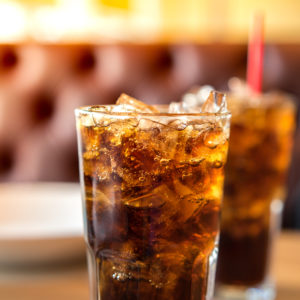 When people in inner-city Philadelphia cannot afford the price of a can of soda, they can thank a former Enron trader for the city’s high tax on their personal choices.

The City of Brotherly Love was the first major American city to enact a special tax on soda and other sugary beverages. The City Council-imposed fee of 1.5 cents per ounce was levied on “soda (regular and diet); non-100%-fruit drinks; sports drinks; sweetened water; energy drinks; pre-sweetened coffee or tea and non-alcoholic beverages intended to be mixed into an alcoholic drink.” The price of two-liters of soda and 32-ounce sports drinks increased by around 50 percent thanks to the 2016 measure.

Laura and John Arnold, billionaire Texans whose initial wealth came from John’s natural gas trading for the infamous Enron Corporation, promoted this tax through their Action Now Initiative — giving Philadelphians for a Fair Future $400,000 to help lobby for it. When the tax was later challenged in court as double taxation, the left-wing Laura and John Arnold Foundation funded the legal defense of the tax to the tune of $500,000. Philadelphia City Solicitor Sozi Pedro Tulante praised the Arnolds, explaining that “the Arnold Foundation’s support will go a long way towards easing the City’s financial cost of defending against this lawsuit.”

This isn’t the Arnolds’ only assault on consumer choice. They also spent a reported $3.3 million to help pass ballot initiatives in San Francisco and Oakland that imposed similar penny-per-ounce taxes on sugary beverages. They partnered in those campaigns and similar efforts in Portland, Oregon, with fellow billionaire Michael Bloomberg.

The Arnold Foundation has given out more than a billion dollars since 2011, mostly to liberal and far-left causes. The Arnolds have also personally made donations in the millions to liberal causes and political candidates while giving a small amount to conservative-leaning groups promoting non-controversial issues such as criminal justice reform in order to maintain an air of political neutrality. John has even claimed to be a libertarian, but taxes on sugary beverages do not conform to libertarian principles.

Does a soda tax even work? While John Arnold claims his crusade is cutting consumption, the taxation approach is a loser on multiple fronts.

For one thing, a tax creates a revenue stream for the government upon which it will undoubtedly become dependent. In Philadelphia — where the tax is allocated for schools, recreation centers, libraries and parks — it was budgeted to raise $47 million in its first six months. Alarms sounded when it only raised just under $40 million. And it might not have even cut consumption by that much. More than a year after the tax went into effect, it was estimated that around a third of residents were traveling out of town to buy the beverages that are taxed more within city limits.

Arnold-backed beverage taxes are also inherently unfair. Think back to those inner-city residents craving a Coca-Cola. Soda taxes are regressive, meaning poor households are spending more of their income on them. They are also less likely to be able to travel elsewhere to satisfy their cravings and to avoid Philadelphia’s punitive pricing.

In Cook County, Illinois — Chicago — another penny-per-ounce sugary beverage tax was enacted in 2017. Officials there were up-front that the primary reason for it was revenue (public health was an issue, but a secondary one). Just like Philadelphia, neighboring counties saw an increase in soda sales. Unlike Philadelphia, public outcry led to an overwhelming vote to repeal the tax within two months.

A soda tax is not a libertarian idea. Not even close. Big-government attempts to dictate choice by imposing a de facto luxury tax on common and popular beverages is instead social engineering. And that’s the kind of liberalism that actually drives rich, control-obsessed liberals like Bloomberg and the Arnolds.

David W. Almasi is vice president of the National Center for Public Policy Research, a Washington think tank. He wrote this for InsideSources.com.