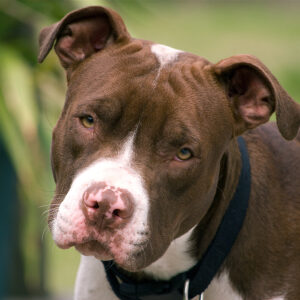 Imagine being faced with the choice to give up your home or your beloved pet. It seems unimaginable, yet many Americans are facing this decision every year. The reason for it is a commonplace issue: The insurance industry uses arbitrary dog breed lists to deny homeowners and renters coverage and to discriminate against Individuals.

Racism and classism underlie this discriminatory practice against certain pet owners—and it is reflective of a history of racism in the insurance industry. The National Association of Insurance Commissioners (NAIC) took a clear and unambiguous step toward a more equitable and just industry. Racial discrimination has long been central to the insurance sector landscape, and in July 2020, the NAIC announced the formation of the Race and Insurance special committee and encouraged insurance providers to join the discussion at its Aug 2020 industry meeting.

Dog breed restrictions in the insurance industry are steeped in discrimination against the people society associates with the targeted dogs. In many areas of the country, this means lower-income Black and Brown people. Ann Linder, a Legislative Policy Fellow with Harvard Law School’s Animal Law and Policy Program, in her report on “The Black Man’s Dog: The Social Context of Breed Specific Legislation,” discussed how “pit bull” dogs became associated with gang violence by urban youths, as well as the hip-hop music scene. Results from a survey in Linder’s report also found that “pit bull” dogs were perceived as most commonly belonging to people of color–specifically, young, Black males.

If we were to believe what insurance companies tell us, we would think that dogs are a threat to everybody, including their own bottom line. In fact, the number of dog bite claims declined in the last 20 years, despite the pet dog population increasing during the same period. While the numbers tell us there are more dogs than ever before and that people are increasingly responsible, the insurance companies continue to defend their exclusionary targeted breed lists to deny dog owners much-needed coverage. Yet dog bite claim payouts total only a small fraction of the liability payouts when compared to falls and accidental poisonings. In addition, according to NAIC, homeowners insurance losses for property damage made up more than 98 percent of losses in 2018 while total liability losses—where dog incidents fall—were less than 2 percent of the amount.

The insurance companies purport to have data to support excluding populations of dog owners, but will not disclose the data, algorithms, or even resources used to justify its discrimination. Since our organization conducts and publishes research on dog bites (and dog bite hysteria) we would be well aware if there was data supporting the targeting of dog owners based on their pet’s breed label. No such data exists.  In fact, if the body of literature were to be considered by insurance actuaries, they would learn that attempting to identify dangerous dogs and reckless owners by what they look like or where they live is a failed public policy that is akin to redlining.

During a recent Nevada legislative session, a bill was passed by both houses to prevent insurance providers from excluding dog owners without evidence of increased risk for loss. The Association of Property and Casualty Insurance Association (APCIA) submitted an opposition letter that was rife with unsubstantiated claims lifted from a tabloid website. The incorrect information in the opposition letter was initially assumed by legislators to be true. But it was not correct and the APCIA, a supposed insurance trade leader representing major insurance providers, did not even bother to fact check.

Insurance fights hard against government regulation, but until the industry is willing to effectively self-regulate an act as simple as fact-checking a source, insurance consumers need protection. In her testimony before Congress, Sonja Larkin-Thorne, a consumer advocate and retired insurance executive, articulated concern about the insurance industry’s use of unregulated algorithms for collecting big data with no transparency for how that information is used, no disclosure of sourcing, and no stop-gap for avoiding unintentional bias and discrimination.

If you have been denied rental housing or homeowner’s insurance because of your dog, please tell your insurance commissioner by visiting dogspeopleandhousinginsurance.org to share your story. The NAIC is committed to protecting insurance consumers from discriminatory practices—let’s take them up on it.

Stacey Coleman is the Executive Director of Animal Farm Foundation (AFF), a nonprofit organization that brings dogs and people together to end discrimination. She wrote this for InsideSources.