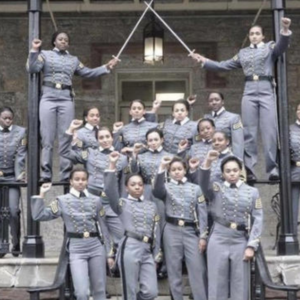 Rules of the Game Matter

They knew the rules of engagement . . .

Recently, a Muslim woman newly admitted for enrollment at The Citadel requested to wear a hijab as part of her uniform.

The Citadel, a military school in South Carolina that opened its doors before the Civil War, considered her request before ultimately ruling no.

Last year, a Muslim flight attendant was suspended by ExpressJet Airlines for refusing to serve alcohol on airplanes. She claimed alcohol was contrary to her faith.

Last week, a gathering of black female cadets at West Point created a firestorm after they exhibited clenched fists in unison during a posed display for a photograph.

In each instance, the parties were aware of institutional protocol . . .

But they defied or tried to defy what was etched in stone.

Apparently, they rationalized, never let the law of the land get in the way of individual selfishness.

In The Citadel case, the Muslim woman argued, of course, on the grounds of suppression of her religious freedoms. However, Lieutenant Gen. John Rosa, president of The Citadel, stressed that the state-supported military institution values teamwork over individuality in explaining the school’s decision, saying, “Uniformity is the cornerstone of this four-year leader development model. The standardization of cadets in apparel, overall appearance, actions and privileges is essential to the learning goals and objectives of the college.”

Makes sense to me. Standardized, regimented dress should be expected in the military.

It’s part of the game, in fact, a basic expectation.

Why can’t detractors understand that, especially since cadets of Christian faith aren’t allowed to display a cross at The Citadel.

With that, why can’t those desiring to work as flight attendants comprehend that serving alcoholic beverages is simply part of the landscape on commercial airline flights?

The Muslim flight attendant had informed her supervisor of the alcohol conflict; they reportedly worked out a compromise in which the other flight attendants would trade duties with her. Essentially, she would pick up the duties of the other attendants, while they would replace her on the alcohol-serving detail. The trade-off compromise was working until . . .

A fellow attendant filed a complaint, stating the Muslim attendant wasn’t performing all of her job requirements and therefore creating a cumbersome work environment.

The Muslim flight attendant filed a discrimination complaint with the Equal Employment Opportunity Commission, citing a revocation of a sensible religious accommodation.

Obviously, the accommodation appeared feasible on the surface until it wasn’t. ExpressJet, more of a regional airline than cross country, logically could have situations of only one attendant. Then what . . .

You can see how matters easily could become unwieldy. This bizarre scenario is akin to aiming to work in a bar but refusing to be surrounded by alcohol.

All of this leads us to upstate New York, at West Point.

The black women in the photo displaying raised fists should have known better. Department of Defense protocol clearly elucidates the rules against officers engaging in political activities or gestures at military facilities.

Some hailed the black women destined to be future Army officers as champions of solidarity and unification, that the message of the fists was: “Hey, graduation is near; there are only 18 of us out of 900 graduates; we made it”; still others assailed the women as anti — as in anti-authority, anti-police, that they were sympathizers/agents of the Black Lives Matter movement that marches against law-enforcement officers.

Some argued the U.S. Military Academy cadets were an extension of singer Beyonce’s controversial halftime performance during Super Bowl 50 when she and her dance troupe, dressed in their black leather and bandoliers, paid homage to the Black Panthers era right on the grass field. In primetime on national television.

The black women’s gesture, some suggested, was a carbon copy of U.S. Olympic sprinters John Carlos and Tommie Smith exhibiting the “Black Power” salute in a polarizing display against social injustice on the medal stand during the playing of the national anthem on Oct. 16, 1968 at the Mexico City Games. Carlos, speaking about the West Point case to CNN, said, “in terms of them having pride in themselves, accomplishing their goals, how often do you see that many black women going through West Point, the greatest academy here in the United States for the military?”

A subsequent investigation by the U.S. Military Academy cleared the black women of any overt wrongdoing as West Point Superintendent Lieutenant Gen. Robert Caslen Jr. signified in a statement, “While the inquiry did not find that these cadets violated a policy or regulation, it did determine that they demonstrated a lapse of awareness in how symbols and gestures can be misinterpreted and cause division. The impact of this photo, regardless of its intent, is evident.”

And there is something else, something more ominous:

Caslen added that the black women would receive additional instruction to address “their intent versus the impact of the photo.”

Presumably, that instruction would occur before Vice President Joe Biden delivers the commencement address at West Point this coming Saturday.

Technically, the West Point women weren’t penalized. However, let’s read between the lines: My belief is that the U.S. Military Academy hierarchy, fearing a national backlash from the incendiary Al Sharptons and Jesse Jacksons of the world, as well as racial advocacy groups such as the NAACP and the National Council of Negro Women, reached a compromise.

Caslen spoke of instruction for the women. That instruction ostensibly would be crystal clear in the do’s and don’ts related to cadet etiquette. A guarantee: West Point officials will leave no stone unturned during this instruction phase. That’s for future reference to other cadets with similar ideas and for posterity.

Translation: In a veiled manner, the U.S. Military Academy is “punishing” the women without openly punishing them.

Bottom line: Everyone knew the stakes before enrolling at said academic institution or accepting a job offer.

Question: Suppose a young, American Christian white female cadet most comfortable wearing floppy hats for this Saturday’s Preakness Stakes Triple Crown race wistfully asserted, ”I gotta be me.” And that uniformed female cadet months later defiantly wore those colorful and flowery floppys instead of the traditional U.S. Military Academy and The Citadel headwear for posed photos captured on the military campuses?

In a parallel universe, the military brass would be just as dismayed with the Christian white woman. Many black Americans seem to believe authority figures become perturbed only with black folk during incidents of questionable behavior. And not their white counterparts/colleagues.

We all should remember the rules of engagement that are necessary to maintain reasonable order and facilitate goals.

These rules aren’t a mystery; they are as plain as the palm of your hand.