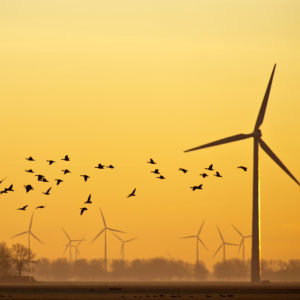 In April, Oklahoma Governor Mary Fallin signed a bill that puts an early end to lucrative tax credits that Big Wind was collecting in the Sooner state. The move will save the state about $500 million over the next decade.

In May, the Tennessee legislature passed a ban on new wind projects until July 2018. State legislators took action after Cumberland Mountains residents mounted furious objections to a proposed 23-turbine project that would have been built near the town of Crab Orchard.

On June 30, the North Carolina legislature passed a measure placing a moratorium on the development of new wind projects in the state for 18 months. The move was made to assure that operations related to the state’s military bases are not impeded by 500- and 600-foot-high turbines.

To be sure, you won’t read about this in the New York Times. Indeed, the paper of record hasn’t published a single story on the fact that three counties in western New York — Erie, Orleans, and Niagara — as well as the towns of Yates and Somerset, are all fighting a proposed 200-megawatt project called Lighthouse Wind, which aims to put dozens of turbines on the shore of Lake Ontario.

The rural resistance to the land-devouring, subsidy-fueled sprawl of Big Wind doesn’t fit the narrative – endlessly repeated by the Sierra Club, Natural Resources Defense Council, Greenpeace and their myriad allies in the liberal media — that wind energy is “green.” Nevertheless, the numbers tell the tale. Since 2015, about 170 government entities from Maine to California have moved to reject or restrict wind projects; this year, 46 government entities have rejected or placed restrictions on Big Wind.

What’s driving the backlash? Simple: rural residents are protecting their property values and viewsheds. They don’t want to see the red-blinking lights atop those massive turbines, all night, every night, for the rest of their lives. Nor do they want to be subjected to the harmful noise – both audible and inaudible — that they produce.

The backlash is so fierce that Big Wind has begun suing small towns to force them to accept wind projects. Since last October, NextEra Energy, the world’s biggest producer of wind energy, has filed lawsuits in federal and state courts against five rural governments, including the town of Hinton, Oklahoma, population: 3,000. NextEra is funding its courthouse mugging of small-town America with your tax dollars. A recent report by the Institute on Taxation and Economic Policy found that NextEra collected $7.8 billion in federal tax subsidies between 2008 and 2015, making it the 11th most-subsidized company in the U.S. over that period.

The backlash isn’t limited to the U.S. In 2010, the European Platform Against Windfarms had about 400 members in 20 countries. Today, it has about 1,275 member organizations in 31 countries. In Canada, more than 90 Ontario towns have declared themselves “unwilling hosts” to wind projects. In 2016, a wind project near Scotland’s famous Loch Ness was rejected because of its potential impact on tourism.

The backlash is happening offshore, too. In New York, the Long Island Commercial Fishing Association and a boatload of fishermen and fishmongers have filed a federal lawsuit to prevent a wind project from being built on top of one of best squid and scallop fisheries on the Eastern Seaboard.

In short, Big Wind is facing a quandary: Producing significantly more electricity from wind will require erecting more – and taller – turbines in rural areas. But as more turbines get built, and the taller those turbines get (the newest designs are more than 700 feet tall) — the more people will object. More turbines will also mean more dead wildlife. Wind turbines are a proven killer of birds of prey, including bald and golden eagles. Last year, two scientists from the U.S. Geological Survey determined that wind turbines are now the largest cause of mass bat mortality. Bats aren’t as popular as eagles, but they are important pollinators and insectivores.

The punchline here is obvious: in the name of climate change, environmental protection has been turned on its head. Rather than advocating for people, landscapes and wildlife, our biggest environmental groups are cheering all-renewable schemes that disregard all three.

As Bonnie Brady, the fiery executive director of the Long Island Commercial Fishing Association told me recently, “Destroying one environment in the name of trying to protect another environment makes no sense at all.”

Robert Bryce is a fellow at the Manhattan Institute.