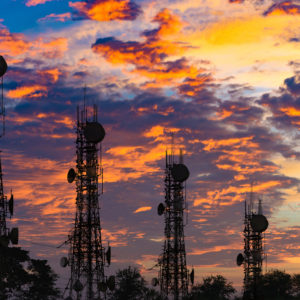 Rural Americans Need Broadband and Here’s How Government Can Help

Twenty-four million Americans — many of whom live in rural areas — don’t have access to high-speed, broadband internet in their homes. But a new study says that next generation wireless broadband, 5G, may be within reach for many rural Americans, if only state and local governments reduce fees that discourage private-sector investment.

While there’s little doubt that a multi-pronged approach will be necessary to bring broadband connectivity to every American, the next generation of wireless technology, 5G, is one of the most promising developments to date.

5G networks are a significant improvement over the 4G networks most smartphones rely on today, offering faster speeds, lower latency and better signal strength. In fact, 5G is so fast that waiting for websites to load or videos to buffer may become things of the past — imagine downloading a high-definition feature film in mere seconds.

Analyses by the American Consumer Institute and other policy groups indicate that the deployment of 5G technology in the United States could produce more than a trillion dollars in savings, on top of hundreds of billions of dollars in benefits from new technologies like improved health applications.

Despite these benefits, 5G deployment is advancing slowly, largely due to hostile government regulations that raise costs and impose lengthy delays on service providers. Meanwhile, other countries, especially China, are racing to develop their 5G infrastructure and are gaining the upper-hand in the global technological competition.

With so much at stake, the United States can’t afford to fall behind.

Some of the biggest hurdles to rapid 5G deployment in the U.S. have been local permitting rules and fees that raise development costs. Unlike previous wireless technologies that were based around large cellular towers, 5G relies on millions of small cells spread in neighborhoods throughout the country. Many states or localities charge companies high fees for each small cell installed.

A new study reveals that limiting local fees on 5G small cells could dramatically expand investment and spur faster deployment, especially in rural and suburban areas that need it most.

The study looked at two particular types of fees: annual attachment fees (which developers pay to install small cells on municipally owned poles) and application fees. The authors found that different states impose vastly different costs on developers. Annual attachment fees, for example, range from $40 to $270 per small cell. Application fees can be as low as $50 or as high as $350. Given these wide discrepancies, it’s doubtful that the prices reflect actual costs to local governments.

The study found that imposing a nationwide cap on small cell attachment and application fees (using the median cost of each — $150 and $100, respectively) would have a dramatic effect on private sector incentives to invest in 5G deployment.

The authors estimate that the cap would unleash an additional $2.6 billion to build small cells in areas that were previously not economically viable. Crucially, the study indicates that 97 percent of the additional investment would flow into rural and suburban areas that would otherwise be economically unattractive, benefitting 1.9 million premises.