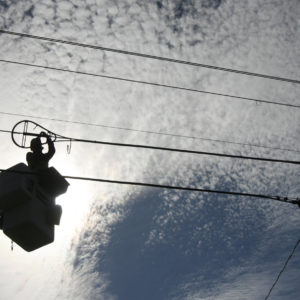 There are approximately 541,000 Iowans without access to a wired connection capable of 25 mbps download speeds, and another 153,000 Iowans don't have access to a wired service provider. However, FCC regulations aren't the major contributing factors to a lack of broadband infrastructure. In this photo, a worker installs fiber optic line. (AP Photo/Toby Talbot, File)
News

With the release of Federal Communications Commission (FCC) Chairman Ajit Pai’s proposal to roll back regulations classifying broadband internet as a utility under Title II of the 1934 Communications Act, many are wondering what the future holds when it comes to both innovating and expanding wireless and broadband infrastructure to rural areas and communities, like those found in Iowa and across the U.S.

During the debates leading up to broadband’s classification under Title II, between 2011 and 2015, trends in wired and wireless infrastructure spending were down 20-30 percent, about $30-$40 billion annually, according to George Ford, chief economist of the Phoenix Center. It’s suspected this decrease is closely tied to the threat of the new regulations. Others have found a continued decline in investment since the rules came into effect.

Peter Rysavy, president of Rysavy Research, LLC, a consulting firm that has specialized in wireless technology since 1993, believes that the lack of spending has slowed growth in technological advancements when it comes to creating faster networks and the development of 5G technology.

“The last couple of years, with the ban on paid prioritization and uncertainty on being unable to limit prioritization,” Rysavy said, “innovators haven’t taken advantage of what these networks are capable of.”

While the reclassification of broadband under Title I won’t directly impact laying infrastructure for broadband in rural communities, Rysavy believes that the easing of regulatory oversight will benefit the development of 5G technology, which may be a solution to the lack of internet accessibility in these areas.

“With this new approach, there is the likelihood of 5G technology becoming more broadly realized and greatly commoditized,” Rysavy said. “The technology will be less expensive to extend, as it may improve rural markets. 5G is what we’ll have to be looking towards to what we’re seeing in the rural markets.”

Former FCC Commissioner Kathleen Abernathy (2001-2005) states that the regulations entailed in the Title I and Title II classifications aren’t the barrier to accessible broadband internet in these specific communities.

“I spent a lot of time in a wireless company looking at investing in broadband in rural parts of the U.S.,” Abernathy said. “Net neutraility isn’t going to help in building out these markets.”

Abernathy, a senior executive at Frontier Communications in 2010, explained that lack of population density in rural America is the challenge, due to the fact that there is a low concentration of revenue to finance large projects like laying a fiber-optic line.

Instead, Abernathy says, the FCC’s efforts in Universal Service Funding (USF), specifically, the Connect America Fund (CAF) are the tools that will aid in delivering services to rural markets.

Expanding broadband access is a priority for FCC Chairman Pai, who hails from rural America himself. The commission is already in the process of examining wireless network capabilities by implementing another key universal service program in the Mobility Fund. This past February, the FCC adopted a Mobility Fund framework, allocating up to $4.53 billion over the next 10 years to advance 4G LTE services, primarily in rural areas.

According to data collected from the FCC and the National Telecommunications and Information Administration (NTIA) by broadbandnow.com (2016), Iowa ranks 38 in the nation for most-connected state, with 82 percent of people covered by some form of broadband, at an average statewide 23.2 Mega Bits Per Second (mbps) download speed. Conversely, 22 percent of the state is considered “underserved.”

Betsy Huber, president of The National Grange — an organization that encourages families to band together to promote the economic and political well-being of the community and agriculture — and member of FCC’s Broadband Deployment Advisory Committee, said that she supports Pai’s proposal to rollback the Title II classification, but she also urges members to call legislators in support of the farm bill and infrastructure bills, which contain increased government funding for installing broadband in rural areas.

“The National Grange commends FCC Chairman Ajit Pai for his leadership on commonsense internet policy that will help provide critical broadband access to millions of more Americans and especially those in our rural communities,” she said in a statement when Pai released his plan.

“We really see it as an economic issue in rural areas,” Huber told InsideSources. “[Broadband] costs more to run service in sparsely populated areas. From the government standpoint, it’s important to make this happen sooner rather than later.”

The FCC has been steadily investing billions through the Connect America Fund (CAF). According to the FCC, as of 2015, $9 billion over the next six years will be used to fund infrastructure upgrades to over four million homes and businesses, and another $2 billion was dedicated over 10 years to help small ISPs. In Iowa alone, as of 2015, over $50 million in grants have been accepted (CenturyLink, Windstream, Frontier, and consolidated carriers) to expand broadband service to over 85,000 people across the state, according to Connect Iowa, a non-profit part of Connect Nation under the FCC. With an increase in funding to both lay broadband and increase cell services, the conditions could be just right for both providers and customers to take advantage of increased access to the internet. 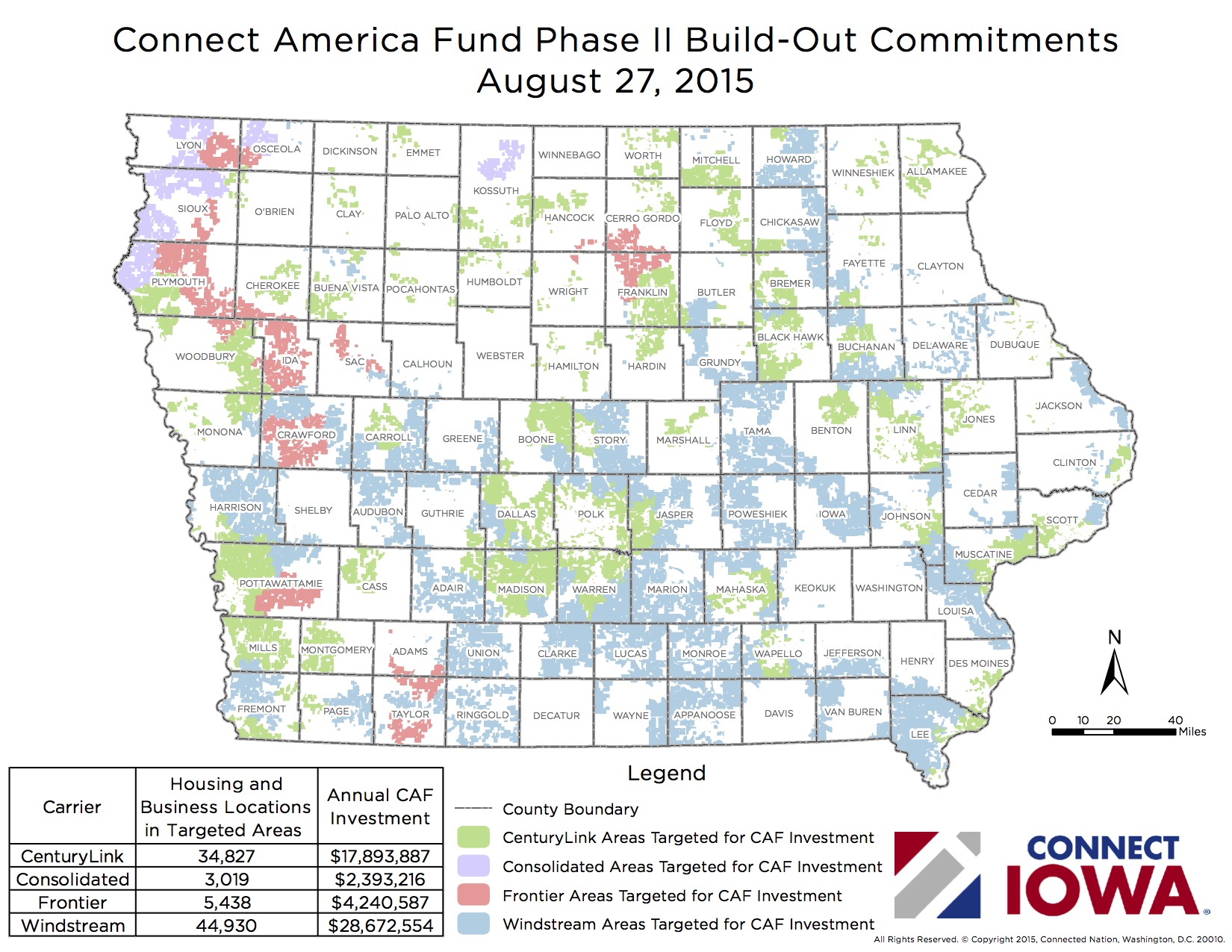