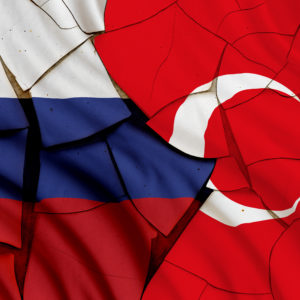 President Trump and Gen. John Dunford, chairman of the Joint Chiefs of Staff and the nation’s top military officer, have both seen Russia’s stepped-up bombing of Idlib province in northwestern Syria and the arrival of Russian warships off the Mediterranean coast of that nation as portending an assault on the final area of Syria held by rebels, including affiliates of al-Qaeda and ISIS.

Both American leaders have warned that a full-scale assault on Idlib could cause a humanitarian catastrophe because 3 million civilians are in the vicinity of the 30,000 insurgent fighters. Instead, Dunford has recommended that the Russians use more targeted counterterrorism attacks on just the militant fighters.

The Trump administration also fears that the Syrian government will use chemical weapons, as it has allegedly done to begin assaults on rebel positions in other parts of Syria. In the past, the Trump administration, with plenty of warning, launched surgical attacks on Syrian forces used in such alleged attacks — mostly to show it was tougher than the Obama administration, which had warned Syria that a substantial use of such banned weapons would trigger a U.S. military response.

Syria’s Russian ally then brokered a deal by which the Syrian government was supposed to get rid of its chemical weapons stockpile. Despite their nasty reputation and pariah status, however, compared to conventional bombs and bullets, chemical weapons have accounted for only a small percentage of 350,000 deaths in the massive Syrian civil war and in past conflicts in which they were used.

It is fine for Trump and Dunford to warn the world of a possible humanitarian catastrophe if the Assad regime, with the help of Russian air power and Iranian-trained militias, launches a go-for-broke assault on Idlib. Those forces have already slaughtered huge numbers of civilians during the seven-year civil war. However, getting more deeply involved in any way in a civil war that is tilting heavily in favor of Assad/Russia/Iran would be futile for the United States.

In fact, some signs in other parts of Syria point to a Russian effort to use soft power to cut the costs of the occupation phase after the war has been “won.”

Learning lessons from the long and ill-fated U.S. counterinsurgency war in Iraq, the ruthless and failed Soviet occupation of Afghanistan in the 1980s, and two brutal wars that were unpopular in Chechnya, Russia has offered a cessation of violence in some areas of Syria, general amnesty and the restoration of public services in exchange for rebel pledges of loyalty to the Assad regime.

Although the Syrian government has violated the terms of general amnesty in some cases by arresting insurgents anyway, the Russians have sought to curtail such excesses by the Assad regime and have come to be seen as reliable arbiters of such agreements. Thus, the Russians have been able to use reconciliation to elicit defections from the rebel ranks.

Dunford is right that an alternative strategy to a massive assault on Idlib would probably be in the best interest of Russia, Iran, the Syrian government, certainly the civilians in Idlib province, and also the world. As the United States discovered after foolishly following the Soviets into Afghanistan a little over a decade after they had withdrawn in defeat, insurgencies are rarely extinguished until the underlying grievances fueling them are settled — as is demonstrated by the recent resurgence of the Taliban, which has been fueled by seemingly endless foreign occupation of the country.

The Russians may think they have won the war with an assault on Idlib but will probably be disappointed over time that such brutal tactics didn’t turn out to be a long-term solution. A softer approach toward the civilian population would probably be more successful in drying up its support for the militants — which such guerrillas sorely need for sanctuary, food and weapons.