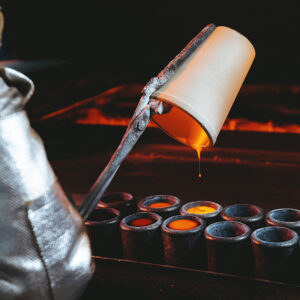 Russia’s Invasion Impact Hits Beyond Oil to Mining and Metals

Much has been said about the impact of Russia’s invasion of Ukraine on oil and natural gas markets and the lessons for American energy policy. But the recent market scramble over the price of nickel, which more than doubled in a single day, temporarily surpassing $100,000 per metric ton, is a reminder these impacts are reaching far beyond the energy sector alone. America needs a strategy for other commodities as well, particularly the ones we dig out of the ground.

Take the alternative energy sources currently favored by the Biden administration to achieve its expansive climate-change ambitions. Many of those alternatives depend heavily on mined materials like lithium, cobalt, rare earths, nickel, palladium, copper, and graphite. A May 2021 International Energy Agency report estimates “a typical electric car requires six times the mineral inputs of a conventional car and an onshore wind plant requires nine times more mineral resources than a gas-fired plant.” Thus, any non-trivial transition to these alternatives will require many times more mined materials than are currently available.

And a major producer of many of these vital minerals sits in Moscow: Vladimir Putin.

Cobalt is a key element in the manufacture of batteries for electric vehicles. Russia is the world’s second-largest producer and one of America’s top sources.

Before now, the concern about foreign control of these rare earth metals was focused on China. In February, the Biden administration announced a series of public-private partnerships to increase domestic production.

“We can’t build a future that’s made in America if we ourselves are dependent on China for the materials that power the products of today and tomorrow,” Biden said at a White House event.

But Russia is also the location of extensive minerals mining and processing and is also making key acquisitions around the globe.

As with oil and natural gas, America could become less dependent on critical mineral imports from unfriendly nations through greater domestic output. Only a fraction of America’s mineral potential is currently being produced, due in large part to many promising deposits being placed off-limits by the federal government. The rest is subject to permitting and regulatory requirements that are difficult if not impossible to navigate. For example, the permitting process for a new mine under the National Environmental Policy Act averages 10 years, and there’s no guarantee of eventual success. Modest steps undertaken by the Trump administration to streamline this process have recently been reversed under Biden.

It is worth emphasizing the environmental objections to domestic mining and processing of these minerals make little sense given that exporting nations like China and Russia have far weaker safeguards than those applicable to facilities in the U.S.

Uranium for nuclear power is another mineral for which we depend on Russian imports but could be producing more domestically.

The story with coal offers similar lessons. America possesses coal in great quantities, but there are growing constraints on its domestic use to generate electricity and on its export to other countries.

Meanwhile, Germany is so reliant on Russia’s coal – it’s the world’s third-largest coal exporter – the nation just announced it will continue to buy coal from Russia, despite the atrocities being committed in Ukraine.

“Europe’s supply of energy for heating, for mobility, for electricity generation, and for the industry can’t be secured otherwise at the moment,” Chancellor Olaf Scholz said in a statement.

In fact, coal-fired electric generation has declined by nearly half from its 2007 peak and proposed new coal export facilities have been blocked for climate change-related reasons.

In sum, even if we didn’t live in a dangerous world, it would still make sense to utilize the resources we have here in America whenever it is economical to do so. But the Russian invasion underscores the added geopolitical benefits of unlocking our mineral and energy wealth.