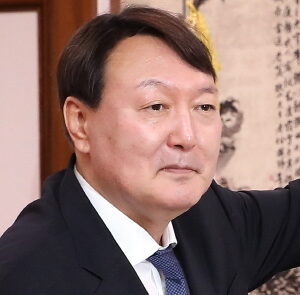 Look for an era of renewed goodwill between Washington and Seoul under South Korea’s President-elect Yoon Suk-yeol.

Yoon has just announced the smooth-talking Park Jin, who has served four terms in South Korea’s National Assembly, as his choice for foreign minister after his inauguration next month. Park, an erudite politician with a doctorate from Oxford, paved the way for improved relations between the incoming South Korean government and the Biden administration during a weeklong visit to Washington, including calls on Defense Secretary Lloyd Austin, National Security Adviser Jake Sullivan and Deputy Secretary of State Wendy Sherman.

The sense of fresh rapport between the two allies comes as a relief after all the tensions between the outgoing president, Moon Jae-in, and President Biden and his predecessor, Donald Trump.

While Biden and Trump may be totally different in outlook and style, they both had to deal with Moon in his quest for appeasement and reconciliation with North Korea. And they both realized that Moon was willing to jeopardize the bedrock relationship between the United States and South Korea as enshrined in the historic U.S.-ROK alliance.

Yes, Trump met North Korea’s Kim Jong-un three times and even canceled joint U.S.-South Korean military exercises after their first summit in Singapore in June 2018, but he never wanted to deal with Moon. Biden received Moon with the courtesy befitting an ally but then paid little attention to South Korea while focusing on problems elsewhere, notably Ukraine.

Neither Biden nor Trump endorsed Moon’s desire to leave as his legacy an end-of-war agreement with North Korea that clearly was going nowhere and would only jeopardize U.S.-South Korean relations. And neither of them was impressed by the aggressive campaign of pro-northers in the United States as well as South Korea to persuade Congress to approve a bill that would compel the U.S. to agree to a deal that would ultimately destroy the alliance.

Park Jin and his delegation, including Cho Tae-yong, former vice foreign minister and also a member of the National Assembly, made clear that Yoon is pursuing an entirely new course, that he means it when he says he wants to “rebuild” relations with the United States.

These changes may be dramatic and are sure to inspire a torrent of rhetoric from Pyongyang.

First, Park Jin has said Yoon will want to increase deployment to Korea of “strategic assets.” In other words, under Yoon more U.S. warplanes should be flying in and out of South Korea and patrolling the sky south of the Demilitarized Zone between North and South. Equally important, U.S. aircraft carriers and other vessels should be patrolling the waters around the Korean Peninsula more often than they’ve done for the five years of the Moon administration, and more U.S. warships should be visiting South Korean ports.

Second, relating to deployment of “strategic assets,” U.S. and South Korean troops should be resuming joint military exercises on the ground, at sea and in the air rather than playing war games mainly by computers.

It’s fine to imitate real life on computer programs, and it’s also been good for U.S. troops to have conducted limited exercises without South Korean forces, but U.S. commanders say U.S. and Korean troops need to work together to be really confident of their capacity to withstand North Korean invasion. This kind of training, they say, is essential if Korea is ever to assume OPCON — operational control of all forces in South Korea in the event of war.

It’s easy to think that Kim Jong-un will be smart enough not to follow the example of his grandfather and send troops into South Korea, but he and his sister, Kim Yo-jong, have been engaging in sensational rhetoric. And now they’re testing long-range missiles and threatening nuclear warfare as never before. Remembering that Kim Il-sung’s invasion of South Korea in June 1950 came as a complete surprise, we have to be ready for anything.

Tensions between North and South Korea could well increase if U.S. and South Korean troops resume full-scale joint exercises, but no one should be intimidated by North Korea threats. Park Jin’s delegation offered real assurances of increased cooperation, and now it will be up to both sides, the Americans as well as the Koreans, to translate words into action.

We should know quite soon if the U.S. and South Koreans are really going to act decisively on the promise of tightening the military relationship. Presumably Defense Secretary Austin and Lee Jong-sup, retired lieutenant general and former vice chairman of Korea’s joint chief of staff, taking over as Korea’s defense minister, are already planning on ways to buttress the alliance. Their next moves on U.S.-South Korea military exercises will set the pattern for the alliance for the next five years.