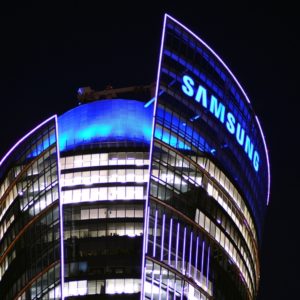 SEOUL — The Samsung empire’s de facto leader, Jay Y. Lee, is a free man despite the best efforts of South Korean government prosecutors to lock him up while he faces yet another trial to keep him from taking over the group as the only son of Lee Kun-hee, still hospitalized and unable to communicate six years after suffering a severe heart attack.

Although a court refused the prosecution request to jail him, Jay Y. Lee remains the target of a concentrated campaign to deny him the chaebol founded by his grandfather, Lee Byung-chul, as a trading company in 1938 and now Korea’s largest conglomerate and mainstay of a faltering economy.

This unremitting drive to put Lee behind bars is sure to gain speed as the prosecution attempts again to get a court to agree on the need to hold him while on trial and then to send him to prison if convicted.

For Lee, the nightmare was far from over as he walked out of the district court in Seoul. In the lengthy trial that awaits him, he will again have to convince the court that he did not undervalue shares in Samsung C&T to ease its takeover by Cheil Industries in which he holds a 23.2 percent stake. Lee’s real aim, the prosecution contends, was to guarantee transition of the group to his control.

The decision to let Lee and two other executives walk free came as only a temporary relief in a cascading succession of events that has shaken not only Samsung but also South Korea’s leadership for four years.

Unbelievable though it may sound, prosecutors would still like to send Lee back to prison where he had to remain for a year, starting in February 2017, on charges that he had bribed a close confidante of Park Geun-hye as president. His motive, they say, was to win her approval for the merger.

The case led to headlines, “My Kingdom for a Horse,” a famous line from the play “Richard III” by William Shakespeare in which the king loses the battle, and then his kingdom, after his horse is fatally wounded. In this story, the bribe included horses given to the confidante’s daughter, an expert in dressage.

The case was central to bringing about the Candlelight Revolution of 2016 that led to Park’s impeachment, trial and imprisonment. Lee was convicted but let out of jail after the judge suspended his 30-month sentence. Samsung is still appealing the finding of guilt in that case.

With the election of the liberal Moon Jae-in in May 2017, the government now is committed to a policy of reducing the power of the chaebol on which the “Korean miracle” was built.

Tara O, founder and president of the East Asia Research Center, a think tank in Washington, summarized the dangers to Samsung and the Korean economy, declaring “Samsung is in crisis” thanks to the government’s “aggressive and unreasonable investigations against the company.” The current case against Lee, she said, was “frivolous, without merit and unjust.”

As far as Tara O is concerned, Lee “was convicted of a crime without evidence” simply to “justify Park’s impeachment.” The Moon administration, she wrote, “appears to be interested in taking over control of Samsung based on its statements and actions.”

The motivation for the campaign appears to be the ideological fervor of Moon and his ministers and advisers to make South Korea truly a socialist country.  They could think of no better target than Samsung at a time when Jay Y. Lee, as executive vice chairman of Samsung Electronics.

Since his father is not going to recover, a strong figure, free of disputes about ownership, has to take over the reins. Influential ideologues, however, would prefer to tear the group apart, possibly nationalizing key elements, including Samsung Electronics, which accounts for 15 percent of Korea’s gross domestic product, or breaking them up and selling them to vulture investors, maybe Chinese.

The implications, as Tara O explained, are grave. “Globally, the actions of the Moon administration threaten the future of 5G technology development,” she wrote, even as Samsung remains at the forefront of the 5G revolution.

A secondary aspect of the case is that the prosecution also accuses Lee of having overvalued Samsung Bioepis, a Cheil subsidiary that’s owned jointly by Samsung Biologics and Biogen Inc., a U.S. company. The prosecution sees the overvaluation of Samsung Bioepis as intrinsic in Lee’s attempt to consolidate his control.

The worst danger, though, is that of selling out to Chinese interests, enabling China to “acquire Samsung trade secrets and technology through acquisition or theft as a result of the interference by the Moon administration.”

That’s a frightening thought at a time when China is spreading its influence throughout the region, and North Korea depends on China for just about everything from diplomatic to commercial support, including all its oil and half its food.

By jailing Lee, blocking him from central control of the group, the government risks losing one of South Korea’s most important assets to a powerful nation in tight alliance with its North Korean enemy.