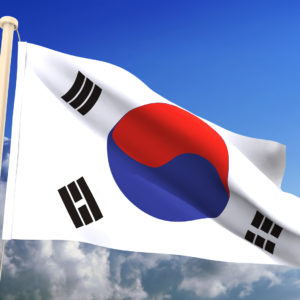 S. Korea Should Welcome Defectors, Not Pander to Kim

One of the more troubling questions facing the Moon government is how to deal with defectors from the North. If Moon appears to welcome and support them, he risks incurring the wrath of the North. If he tries to cut back on aid and other forms of support for these people, many of them women, all of them lost in their new environment, he appears heartless and unconcerned about frightened people who must fend for themselves.

In a competitive society where they’re viewed as strangers from a strange land, defectors tell stories of slights and slurs, fruitless searches for jobs where many young people, born, raised and college-educated in the South, have their own problems finding jobs. It’s not uncommon for defectors to try to get around questions about their northern accents by saying they’re from Gangwon province, divided between North and South, though most of them come from the northernmost provinces bordering China across the Yalu (Amnok) or Tumen rivers.

The deaths of a mother and child, whose wasted bodies revealed that the two had starved to death two months before their remains were discovered, provides dramatic evidence of the suffering endured by North Koreans in the South. This case was extreme, but thousands of defectors can attest to hardships they hadn’t anticipated after escaping hard times in the North.

Yes, life for most is preferable in the South to the North. No, it’s not easy making the transition after going through the risks of getting out of North Korea, then getting through China, where some have the funds to pay off guides but many are forced into marriages and relationships they don’t want just to avoid authorities eager to “repatriate” them to North Korea. Some have had to escape two and even three times, risking imprisonment and torture each time.

South Korea routinely puts defectors through several months’ training and then provides them with limited resources for living on their own. Moon is not inclined to do more for them and might even like to do less while hoping for ever more contact with the North. It’s out of the question that he would openly talk about North Korea’s horrendous human rights violations, the quickest way to trigger a volley of denunciations in the North Korean media.

Moon’s reluctance to stand up against Kim Jong-un carries risks for his own political future. The chasm between right and left in South Korea is deepening in the wake of his insistence on appointing a justice minister for whom he has a deep affection dating back to their days as dissidents fighting conservative governments. Cries for the ouster of the new minister after his wife’s indictment for forging a certificate for her daughter, amid reports of financial shenanigans, are going to intensify in the run-up to National Assembly elections in April, the first and best test of Moon’s power.

Through it all, South Korea should remain a safe haven for those fleeing the North. South Korean negotiators, in talks with the North Koreans, should be reminding them of the South’s policy of protecting and shielding North Koreans who get to the South. The South Koreans should also never stop demanding that China view defectors as victims of the North’s inhumane policies rather than as economic migrants.

Moon may be less inclined to talk about refugee issues with the Chinese than he is with the North Koreans. He counts on China’s President Xi Jinping to restrain Kim to encourage North-South talks and also another summit between Kim and President Trump. It is also essential that China make a show of enforcing U.N. sanctions against North Korea as a brake on Kim’s ambitions even though the Chinese go on providing the North with almost all its oil and much of its food while buying North Korean coal and other products.

Moon’s policy of appeasement of North Korea is not likely to produce substantive results. For sure Kim is not giving up his nuclear program. There is no excuse for South Korea to stop welcoming refugees from the North, for not doing all possible to integrate them into life in South Korea and to make certain they have resources on which to fall back in hard times.

The starvation of the woman and her child showed how tough it is for newcomers from the North to survive. Thousands go through their own private traumas, anonymously, their fears and horrors not sensed by those rushing around and past them. Moon should give higher priority to their pain and suffering than to bowing and scraping before a leader whose cruelty forced them to come to South Korea in the first place.