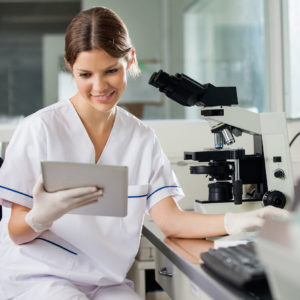 Women’s History Month is a particularly good time to acknowledge female scientists who have enriched our world and enabled significant progress in diagnosing and treating disease. Due to space limitations, I can only give a shoutout to three, but countless others deserve recognition. Here are my March sheroes:

A good place to start is with Mary-Claire King and the advances she enabled in the detection of breast cancer. Breast cancer accounts for 23 percent of all invasive cancers in women. The likelihood of a woman developing breast cancer is 13 percent — one of the highest of all cancers.

The importance of early detection cannot be overstated, which is why King’s work is so significant. Evaluating more than 170 genetic markers, King’s team identified two genes most commonly linked to hereditary breast and ovarian cancer — BRCA1 and BRCA2. This enabled genetic testing of high-risk individuals, leading to proactive disease management.

What led King to consider the link between genetic patterns and breast cancer, especially when she was surrounded by naysayers who believed her approach was overly simplistic for understanding complex diseases? King had earlier compared humans to chimpanzees, and she found the two were 99 percent identical at the genetic level. It was a few small genetic differences that led to large variations. This finding encouraged her to study large populations at the molecular level.

King used these same tools to address human rights abuses. When children were reported missing in Argentina — abducted by a military dictatorship — King was able to use genomics to connect the children to their biological families, where they were eventually returned.

In 1989, then-President George H.W. Bush declared the 1990s to be the “Decade of the Brain.” Researcher Beth Stevens would have been precisely the kind of scientist the president had in mind when he made his announcement.

Situated in her laboratory at MIT, Stevens is focused on understanding synapse function as it relates to the development and maintenance of a healthy brain. Synapses provide the junction between nerve cells, serving as an instant messenger to facilitate communication.

Stevens and her team discovered that a healthy adolescent brain achieves a steady state between the creation of new synapses with the loss of old ones. Through a process termed “synaptic pruning,” specialized cells — called “glia” — trim away unhealthy and unwanted synapses by eating them. Synaptic pruning occurs from infancy through early adulthood but is particularly concentrated during ages 2 through 10.

Stevens’ research has highlighted the problems occurring within the central nervous system when there is faulty synaptic pruning. It is thought that schizophrenic brains suffer from being “over-pruned,” with fewer synapses in the prefrontal region. Similarly, for people with autism, there is under-pruning, where an oversupply of synapses overwhelms the brain.

Stevens’ contributions have opened new pathways to understanding central nervous system disorders. While the work is early on, new treatments are expected to emerge to address some mental disorders in fundamentally new ways.

Helen Brooke Taussig is no longer living, but her contributions will continue indefinitely. Born in 1898 in Cambridge, Massachusetts, Taussig is considered the founder of pediatric cardiology.

Taussig pioneered the use of X-rays and fluoroscopy to examine a baby’s heart and lungs and took on the challenge of treating “blue baby syndrome” — a condition where babies have blue skin due to low oxygen levels. There are many reasons this can occur, but one prominent reason is the “Tetralogy of Fallot,” where there are four congenital heart defects.

Taussig conceived of an open-heart surgical procedure to repair a baby’s heart with this condition. Two of Taussig’s surgical colleagues at Johns Hopkins successfully implemented Taussig’s idea. Predictably, parents worldwide began flying to Baltimore to have their blue babies treated.

While Taussig was brilliant and determined, she also had significant personal struggles to overcome. Her mother died of tuberculosis when she was 11. Taussig herself had severe dyslexia and was partly deaf, which she compensated for by lip-reading. Her dedicated father tutored her throughout her early years.

While Taussig had hoped to attend Harvard Medical School, women were not accepted until 1945. Instead, she went to Johns Hopkins, one of the few universities admitting women, and distinguished herself.

Mary Claire-King, Beth Stevens and Helen Brooke Taussig have been sterling examples of one person’s ability to change the world — in this case through science. Upon their shoulders may generations of female scientists follow.