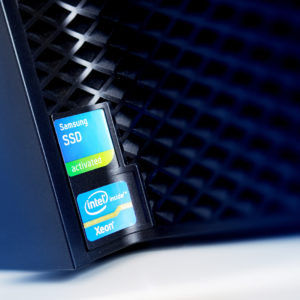 Posted to Technology May 15, 2017 by Giuseppe Macri

Samsung and Intel are cheering on the Federal Trade Commission’s lawsuit against smartphone chip maker Qualcomm, alleging the company’s anticompetitive practices have created a monopoly, impeded smartphone innovation, and prevented them from competing fairly.

Friday was the deadline to file amicus “friend of the court” briefs in the case, an opportunity both Intel and Samsung seized to accuse Qualcomm of hoarding patents for essential smartphone technologies. While it is not unusual for the companies and other organizations to make such filings, for the briefs to be filed at such an early stage in the process shows the interest the case is garnering in the tech community.

Samsung, the largest global smartphone makes, is one of Qualcomm’s biggest customers and uses its chips in popular handsets, like the Galaxy. The South Korea-based manufacturer, still in the midst of its own legal battle against Apple for infringing on iPhone patents, says the San Diego-based semiconductor producer makes it policy to deny licenses that would let competitors build their own chipsets.

In a Friday filing, Samsung said it “cannot sell licensed Exynos chipsets [its own in-house chips] to non-Samsung entities because Qualcomm has refused to license Samsung to make and sell licensed chipsets.”

Basically, Samsung wants to sell its own chips to third-parties, but can’t because Qualcomm won’t license its patents for use outside Samsung. Processor manufacturing giant Intel, a competitor, made a similar argument, saying in its own filing that Qualcomm’s refusal to license such crucial technology “continues to inflict precisely the harms that the antitrust laws seek to protect against.”

“The FTC’s allegations of anticompetitive conduct reflect the reality that Intel has experienced in the marketplace,” Intel, which is headquartered next door to Qualcomm in Santa Clara, wrote. “Further proceedings in this case will shed much-needed light on Qualcomm’s abusive practices and the harms those practices inflict on the competitive process and on consumers. Intel respectfully urges this Court to allow the FTC’s complaint to proceed.”

Intel, in its brief, came right out and said it’s “ready, willing, and able to compete on the merits in this market that Qualcomm has dominated for years.”

“But Qualcomm has maintained an interlocking web of abusive patent and commercial practices that subverts competition on the merits,” the filing reads.

The company said it has invested billions in microprocessors that will improve smartphone technology, but can’t bring it to bear in the market where Qualcomm’s “driven nearly all of its competitors out of the premium LTE chipset market.”

Despite what Intel described as a “monopoly,” the company “has not thrown in the towel.” To deny the case would continue to impede the progression of the technology and drive up the cost of smartphones for consumers, it argued.

The FTC brought the lawsuit against Qualcomm for anticompetitive patent-licensing practices in January in the U.S. District Court for the Northern District of California. Qualcomm petitioned U.S. District Judge Lucy Koh, who ruled against Samsung in its case with Apple, to throw out the case in April.

In its own Friday filing, the FTC urged the court not to dismiss the case, saying the allegations against Qualcomm make for a compelling and “forceful antitrust case.” A hearing is scheduled for June 15, and Koh has set a trial date of Jan. 3, 2019.

Qualcomm responded Friday saying the FTC’s argument “does nothing to cure the fundamental flaws in its complaint against Qualcomm: no coherent theory of competitive harm and no allegations of the type of conduct that the antitrust laws are designed to address.”

While the agency asked to go ahead with the case, its acting chairwoman, Maureen Ohlhausen, appears to agree with Qualcomm. Ohlhausen voted against bringing the case to court shortly before President Donald Trump took office in January, when Democrats still held a 2-1 majority on the understaffed FTC. At the time Ohlhausen said the case is based on “a flawed legal theory” that “lacks economic and evidentiary support” and “was brought on the eve of a new presidential administration, and that, by its mere issuance, will undermine U.S. intellectual property rights in Asia and worldwide.”

Apple brought its own separate case against Qualcomm shortly after, suing for roughly $1 billion and alleging the company is “charging royalties for technologies they have nothing to do with” and “withholding nearly $1 billion in payments from Apple as retaliation for responding truthfully to law enforcement agencies investigating them.”

“Qualcomm built its business on older, legacy, standards but reinforces its dominance through exclusionary tactics and excessive royalties,” the iPhone maker said in January. “Despite being just one of over a dozen companies who contributed to basic cellular standards, Qualcomm insists on charging Apple at least five times more in payments than all the other cellular patent licensors we have agreements with combined.”