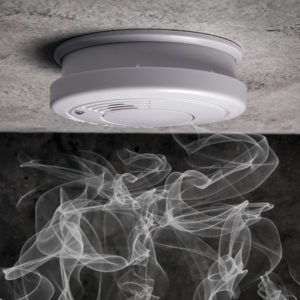 San Francisco lawmakers are considering a ban on all smoking and vaping inside private apartment buildings. The proposed ordinance is presented as an attempt to limit secondhand exposure to inhalants from both traditional smoking (“combustibles”) and vaping.

Board of Supervisors President Norman Yee introduced the proposal to prohibit the use of these products inside housing and apartment complexes with at least three or more residential units, regardless of whether the units are occupied by renters or by the actual owners.

This proposed ordinance follows the board’s implementation of a city-wide sales ban on electronic cigarettes and vaping products signed into law late in 2019.

“It is currently legal for anyone to smoke inside their own unit, regardless of the harsh consequences on those around them, especially children,” Yee said. “This is not acceptable that we would prioritize someone’s desire to smoke over their neighbors’ right to breathe clean air especially when so many residents are staying home during the [proposed] Health Order.”

Yee’s proposal would apply to not only tobacco and nicotine products, but also to products that contain marijuana. If this measure passes, it would make San Francisco one of the strictest municipalities for tobacco and marijuana use in the United States.

San Francisco’s city government currently bans smoking in the gathering areas of multi-tenant residential buildings. Yee’s proposed ordinance extends this prohibition to the balconies and patios attached to the interiors of the private homes.

David Sweanor, adjunct professor of law at the University of Ottawa, in Canada, told Inside Sources that the ban is a problematic attempt to regulate personal behaviors.

“This is distressingly illiberal, particularly for a city that has been known for taking relatively enlightened approaches to public health issues,” he said. “This is a place that has worked to make viable low risk, non-combustible alternatives to cigarettes illegal, and is now looking to punish people for engaging in the behavior such policies force upon them.”

Sweanor is a well-respected public health advocate who has long advocated for a harm reduction approach toward addictive drug use and substance abuse rather than bans and prohibition.

This includes his outspoken and fervent support for tobacco harm reduction and the use of smoke-free tobacco and nicotine products as a means to prevent the uptake of smoking.

“It is hard to imagine San Francisco preventing access to low-risk pain killers and then harassing people for using high-risk ones, or making condoms hard to access and then punishing people for engaging in unprotected sex,” said Sweanor. “Yet the same ‘witch trial’ sort of reasoning is readily applied to those using nicotine.”

Dr. Riccardo Polosa, the full professor of internal medicine at the University of Catania, in Italy, said that the proposal is also problematic but should be viewed from the perspective of good intentions. However, he warns overly aggressive nicotine product regulation could backfire.

“I’m in favor of sensible government regulation of vaping products that have been tested for safety, quality (batteries, temperature, flavored liquids, etc.), make them widely available, with lots of flavors and are affordable,” Polosa told InsideSources. “Politicians seek voter support by appearing ‘tough on vaping’ while being supportive of vaping does not garner the same amount of voter support.”

Critics warn of potential unintended consequences for recreational and medicinal cannabis in a city where drug liberalization has been a popular talking point among local politicians.

Kevin Reed, founder and president of The Green Cross, filed a public comment calling the board’s proposal a challenge to the local cannabis community.

“This proposed legislation would unfairly affect individuals smoking cannabis by treating it like tobacco,” he said. “By passing this legislation, San Francisco would be affording its citizens less freedom to consume cannabis than it does tobacco, which has no medicinal value.”

Reed requested the board to issue an amendment to the proposal exempting cannabis consumers from the prohibition.

The full board is scheduled to vote on the ordinance on December 1.