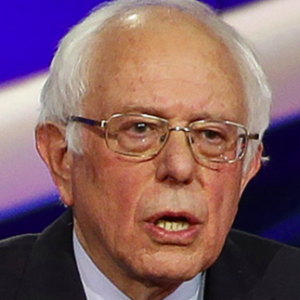 For fans of political fireworks, CNN’s upcoming debates with Senator Bernie Sanders and former Vice President Joe Biden appearing on different nights is a disappointment. Because while Sanders may not like millionaires, billionaires, private health insurance or capitalist theory, right now what the Vermont senator seems to really not like is Joe Biden.

“I am disappointed, I have to say, in Joe, who is a friend of mine, really distorting what Medicare for All is about,” Sanders told the New York Times Wednesday. “And unfortunately, he is sounding like Donald Trump.”

Harsh words from the same Bernie Sanders who, at the height of his battle with Hillary Clinton for the Democratic nomination, not only wouldn’t attack Clinton, but said he was sick of hearing about Hillary’s “damn emails.”

(“He wouldn’t do it that way again,” a New Hampshire Sanders ally tells InsideSources.)

And his campaign co-chair, Nina Turner accused Biden of “flat out” lying about Sanders’ healthcare plan.  “Matter-of-fact, he gave a speech to the AARP — just flat out lied — trying to scare elderly folks, and I really did not think that the vice president would go to that length,” Turner told The Hill.

As Sanders numbers have steadily slipped, he’s stepped up his attacks on the frontrunner and former vice president.

“Bernie Sanders wants to be a giant-killer,” the Washington Post’s Robert Costa said on a Ricochet.com podcast this week.  “He’s attacking Biden on the ’94 crime bill, on his vote for the Iraq war and his support for NAFTA. He knows that [Sen. Elizabeth] Warren and [Sen. Kamala] Harris are taking progressive voters, but he thinks they can still come to him” if he can get Biden out of the way.

Sanders needs to do something. Since mid-March, when Sanders’ Real Clear Politics average was 24 percent, his support in public polls has been drifting downward to their current 15 percent. Even more problematic is the plunge in his New Hampshire polls. Winning the “First in the Nation” primary–again–is key to Sanders’ strategy, and in an April University of New Hampshire poll, Sanders was in first place at 30 percent.

Today, Sanders’ support has fallen to 19 percent in the UNH poll, and down to single digits (9.9 percent) in New Hampshire Institute of Politics polling numbers.  The question many Democratic insiders are asking whether Sanders has an “Act Two” in his political narrative, or is he the progressive trailblazer of 2016 who merely paved the way for others?

In the short term, at least, Bernie’s answer is to take up the role of the defender of progressive policies–not against Donald Trump, but Joe Biden. This tweet is an example of Bernie’s approach:

The answer (obviously) is Biden. On Thursday the Sanders campaign sent out an email headlined:

“Fact Checking Biden’s Attacks on Medicare for All.”

“Two independent fact checks released today show that former Vice President Joe Biden continues to mislead voters about Medicare for All and what it means to make health care a right in America,” the email claims.

Sanders certainly isn’t backing off. Campaign filings show he spent more in the second quarter of 2019 than any of his 2020 competitors– including more than $26,000 for access to voter information in early primary states.

Team Sanders says it’s organization, not attacks on political opponents, that will deliver for Berner. And some Sanders supporters dismiss this idea that Bernie’s on the attack at all. It’s just a campaign, they say.

“What a campaign is about, at the very least, is to point out differences in policies and records,” says Sanders supporter and longtime progressive activist Ted Bosen of New Hampshire. “Case in point: Biden’s health plan is an incremental change to a disaster. It’s the truth. He doesn’t deny it. He will tell you it’s the way to go. He believes it. Bernie believes otherwise. Shouldn’t we allow them to pitch their points and highlight their differences?”

What Bernie really wants to highlight is a “Progressive Outsider vs. Establishment Insider” battle like the one he had in 2016. Unfortunately for Sanders, progressives have plenty of other, younger choices.

And, even more unfortunately for the Sanders’ campaign, Biden is no Hillary Clinton.