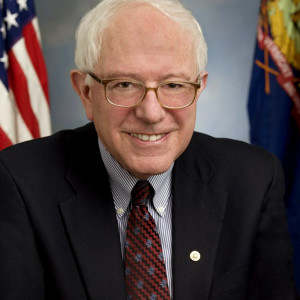 Perhaps the harshest critique of left-wing politics in this country is the idea that it’s fundamentally un-American — that limited government was central to the founders’ vision for a free society and any steps away from it are steps away from a core national identity.

This is hardly a majority opinion — both political parties have pursued big government policies since before Abraham Lincoln — but it’s one Democratic presidential candidate Bernie Sanders addressed Thursday in a speech on democratic socialism at Georgetown University. Venturing into uncharted waters for a mainstream White House hopeful, the Vermont senator sought to clarify a political philosophy few U.S. politicians claim. Yet it’s hard to imagine his remarks put him any closer to 1600 Pennsylvania Avenue.

From the outset, Sanders’ campaign has defied expectations. Few could have predicted that a 74-year-old grandfather of seven would be electrifying the Democratic base, much less one with unkempt white hair and a thick Brooklyn accent. Even fewer would have guessed that such a candidate would proudly wear the label of “socialist,” a term Democrats have been running from throughout modern political history. After all, it’s become common for Republicans to attack their left-leaning rivals by suggesting they want to make America more like other countries: In 2012, GOP White House hopeful Mitt Romney criticized President Barack Obama for drawing inspiration “from the capitals of Europe.”

To the extent that liberals have a response to this, it’s that American political tradition has always been “a balance between our love of individual freedom and our devotion to community,” as E.J. Dionne writes in Our Divided Political Heart. One of the goals of that book was to reclaim “the American idea of the federal government as an active and constructive partner with the rest of society in promoting prosperity, opportunity, and American greatness.” Dionne and others argue that activist government isn’t something imported from foreign countries, but something that’s part of the American DNA.

Which makes Sanders all the more striking. His speech at Georgetown was a reminder that he doesn’t shy away from saying his politics are somewhat borrowed from overseas. Sure, he talked about Franklin Delano Roosevelt and other American liberals, but he also said: “My view of democratic socialism builds on the success of many other countries around the world, who have done a far better job than we have in protecting the needs of their working families, their elderly citizens, their children, their sick, and their poor.” He name-checked countries like Denmark, Sweden, and Finland as well as Canada, France, Germany, and Taiwan.

Given that most Americans tell pollsters they wouldn’t vote for a socialist, Sanders has faced criticism for this kind of talk. In a debate last month, front-running Democratic presidential hopeful Hillary Clinton told the senator, “We are not Denmark,” and argued that capitalism needed to be fixed but not overhauled, as the Washington Post observed. This difference, according to reporter Jim Tankersley, represents “an important fault line in this primary campaign.”

Ironically, it’s not clear that the substance of Sanders’ proposals are outside the parameters of Democratic Party thought. Slate’s Jamelle Bouie tweeted that none of them are socialist “in any meaningful sense” but rather “on the left-liberal end of the American mainstream.”

The senator certainly tied himself to the New Deal’s author Thursday. He quoted Roosevelt’s “second Bill of Rights” address in which the president said Americans had the right to “a decent job at decent pay” and “adequate food, clothing, and time off from work.”

FDR also touted “the right for every business, large and small, to function in an atmosphere free from unfair competition and domination by monopolies” and “the right of all Americans to have a decent home and decent health care.”

“This is, in my view, one of the more important speeches ever made by a president,” Sanders said Thursday.

Despite references to revered American icons, there was at least one way Sanders speech may have fallen short: it didn’t do much to persuade voters that socialism, as distinct from liberalism or progressivism, is a laudable American tradition. For all his robust government action, FDR wasn’t a self-described socialist, as progressive Nation writer John Nichols reminded InsideSources after Sanders’ speech.

Nichols, who authored The “S” Word: A Short History of an American Tradition … Socialism, thought Sanders remarks were “pretty good,” but fell short in describing the history of socialism in America. The writer wished the senator had noted how socialists have already been elected to Congress and served as big city mayors in America. He also wanted to hear more about Norman Thomas, who ran against FDR as a socialist presidential candidate.

“FDR met with Norman Thomas,” Nichols said. “FDR acknowledged that he had great regard for many of the ideas that came from Social Democrats.”

In the end, maybe Sanders’ speech never had the power to transform his campaign. Philosophical lectures don’t tend to move voters. But for those who believe socialism belongs overseas, it probably looks every bit as foreign as a few days ago.