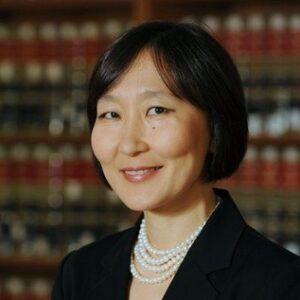 Recent Democratic overreach in Washington spans ongoing bills on taxes and government spending to the administration’s nominees to executive branch positions that impact our economy.

A blatant example of the latter is Saule Omarova’s nomination to be Comptroller of the Currency (OCC) for a five-year term.  Throughout her career, Omarova has demonstrated a deep distaste for free enterprise and a corresponding predilection for economic policies that fail spectacularly.

The OCC is an independent Treasury Department bureau that “charters, regulates, and supervises all national banks, federal savings associations, and federal branches and agencies of foreign banks.”  That regulatory power extends to over 1,100 banks.

The OCC’s power has expanded, correlated with gig economy growth. As Bloomberg Businessweek explains, “Besides regulating national banks, the OCC chief has an important role in setting policy for burgeoning areas of finance that have little government oversight. That includes determining rules for cryptocurrencies and app-based financial companies that are increasingly competing with traditional banks.”

Omarova is a strong advocate for a dramatic increase in the scope and power of the Federal Reserve, the central bank of the United States. She supports a proposal to have the government issue “free” deposit accounts to all Americans via the Fed and administered by the U.S. Postal Service.

In fact, Omarova recently expanded that proposal, writing that the ultimate “end-state” would be to have “FedAccounts fully replace—rather than compete with—private bank deposits.”

The scheme Omarova envisions would mean every American would be forced to have their consumer deposit accounts—the standard checking and savings accounts most Americans use—consolidated under the Federal Reserve. The federal government would thereby eliminate all market competition, an immense power grab that would ultimately hurt average Americans and all banking consumers.

The plan to hand more economic power to the Federal Reserve is not an outlier. Omarova’s preference for a massive increase in the power of the federal government was also laid bare in a 2016 journal paper, in which she argued for the government to determine commodity prices for items like “fuels, foodstuffs, and some other raw materials” as well as “wage or salary indices.”

Like many before her, Omarova seems to think of price controls as a straightforward solution to prices she just doesn’t like. But government-set price controls are fatally flawed—they have never worked, and moreover can never work. As economist Hugh Rockoff sums up, price controls necessarily distort the allocation of resources.  “Price ceilings, which prevent prices from exceeding a certain maximum, cause shortages. Price floors, which prohibit prices below a certain minimum, cause surpluses.”

The confirmation process so far has been mired in personal attacks and innuendo. Republicans have used Omarova’s status as a graduate of a Russian university on a scholarship named for Vladimir Lenin—communism’s original brutal dictator—as a talking point against her. They have demanded to see a copy of her thesis that centered on Karl Marx’s economic analysis.

For Democrats, supporting Omarova could bring political peril, especially if the debate is properly framed.  Senators Raphael Warnock (Ga.), Catherine Cortez Masto (Nev.), and Krysten Sinema (Ariz.) all sit on the Banking, Housing, and Urban Affairs Committee and will have a key role in Omarova’s nomination. Warnock and Cortez Masto could face close 2022 races, while Sinema’s awareness of her swing-state constituency had led her to reject some of the more radical proposals advanced by her progressive colleagues.

In self-defense, Omarova said of her thesis: “I was in the Soviet Union, where there was no academic freedom, and this was a mandatory assigned topic.” She’s also stated “I know that Soviet-style communism doesn’t work.  I’ve lived through it. That system was deeply flawed. It’s dead.”

As those explanations are at least plausible, Republicans would do well to focus on the substance underlying Omarova’s devotion to economic practices that history shows are counterproductive to increasing opportunity and prosperity for average people. Republicans should present a compelling case as to the fundamental incompatibility of Omarova’s recent defense of her nomination with her own academic theories.

Real-world evidence shows the failures of command and control economics, and that is more than enough to sound the alarm against Saule Omarova’s nomination.

Mario H. Lopez is president of the Hispanic Leadership Fund, a nonpartisan advocacy organization dedicated to strengthening working families by promoting common-sense public policy solutions that advance liberty, opportunity and prosperity. He wrote this for InsideSources.com