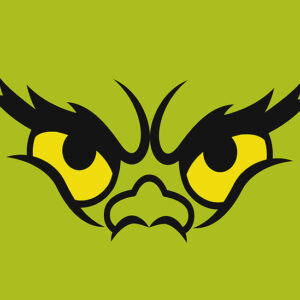 Santiago Olmos spent just over two weeks as a seasonal worker for UPS during the holiday rush in December 2014. He endured a grueling schedule and delivered over 200 packages a day.

In return for his hard work, UPS sent Olmos his first paycheck. The amount: Zero dollars.

As detailed in a charge filed later with the National Labor Relations Board, during an orientation session Olmos and other seasonal workers were led to believe that joining the Teamsters union was legally required.

After UPS subtracted union dues and initiation fees from Olmos’s paycheck, there was nothing left.

The problem is, Teamsters officials weren’t entitled to any of Olmos’s money.

That means seasonal employees who stay on for less than a month are under no legal obligation to pay anything to a union, even in workplaces that union bosses control.

But most workers don’t know the law and union officials aren’t eager to educate them.

Sometimes they mislead workers into signing off on union dues payments that aren’t legally required. Or they simply ignore the law and overcharge workers, knowing they’re unlikely to bring legal action.

Companies are sometimes complicit in these schemes. UPS has a history of cozying up to Teamsters officials, even if it means hurting its own workers. The company could have told its seasonal employees they don’t have to pay union dues before they’ve worked for 30 days but instead, it deceived Olmos about his rights.

Seasonal workers could lose a large chunk of their paychecks – or work an entire pay period with nothing to show for it – if they don’t understand their rights. If they plan on working for less than 30 days, they don’t have to join a union, and can’t be forced to sign any membership documents or dues authorizations to keep their jobs.

Seasonal workers who believe they have been illegally forced to fund union activities can contact the National Right to Work Foundation for free legal assistance. Even if they were deceived into signing away their rights, it may not be too late to get a refund of dues illegally seized from them.

Ultimately, the real solution to this type of union boss deception over union dues is Right to Work protections for all American workers, not just in the 27 states currently with laws that make dues payment fully voluntary. Right to Work gives workers a clear, simple choice: voluntarily pay union dues or choose to pay nothing.

With Right to Work, union officials cannot so easily take advantage of labor law technicalities – how long until a forced dues clause can be enforced, or the difference between full union dues and mandatory union fees – to coerce workers into paying.

Until then, workers – especially seasonal workers on the job for less than 30 days – must be on guard to protect their rights, especially if a union official pressures them into signing anything.

Otherwise, they might find themselves the victim of a union boss Grinch, stealing the money they could have used to celebrate the holidays with their family.

Mark Mix is president of the National Right to Work Legal Defense Foundation. He wrote this for InsideSources.com.