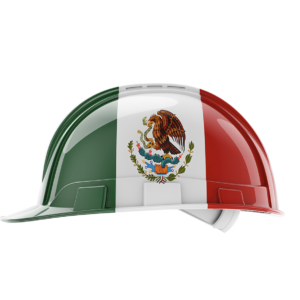 The nation’s largest labor federation, the AFL-CIO, came out recently in favor of “right to work” protections—but only for workers in Mexican factories. The AFL-CIO made the announcement as it actively tries to take away those work protections from U.S. workers who already have them.

The labor federation alleged in a press release last week that Tridonex, an auto parts factory in the Mexican city of Silao and a subsidiary of Philadelphia-based Cardone Industries, violated the rights of workers who were trying to vote out a corrupt union. Two days later, President Joe Biden’s U.S. Trade Representative (USTR) announced it would seek a review of the factory for violating the labor rights provisions of the United States-Mexico-Canada Agreement (USMCA) on trade.

How, precisely, were the workers’ rights violated? According to the AFL-CIO’s press release, “Tridonex has refused workers’ legal demand to stop withholding their dues and transferring them to the protection union.”

Ensuring workers have the right to withhold paying dues to a union they don’t support is the definition of the right to work. That is literally all the laws do: Leave it up to the individual worker to decide whether to back a union. Nothing in the laws prevent workers from voluntarily joining unions they favor.

The AFL-CIO would probably counter this claim by saying the context here is different: The Mexican unions are corrupt and in cahoots with the businesses. The workers are trying to replace bad unions with independent ones that do represent their interests. That may all be true, but it doesn’t change the fact that the Mexican workers have found themselves in that position because they don’t have the right to decide whether their union is worthy of their support. U.S. unions may claim they back these rights for Mexicans for idealistic reasons, but getting rid of the corrupt unions south of the border will reduce Mexico’s competitive edge in labor costs, make locating factories and outsourcing work there much less attractive for companies.

In any case, workers in 27 U.S. states currently have the right to not join a union, but for how long? Here in the U.S., the AFL-CIO is pushing the Protecting the Right to Organize (PRO) Act, which would eliminate all state right-to-work laws. The labor federation’s website’s main page currently says, “Call Your U.S. Senators and Urge Them to Support the PRO Act.” The AFL-CIO claims the legislation is the “cornerstone of the AFL-CIO’s Workers First Agenda” because, among other provisions it would, “Repeal ‘right to work’ laws, which were created during the Jim Crow era to keep White and Black workers from organizing together.”

The fact that the AFL-CIO doesn’t explain what right to works laws actually do and instead plays the race card tells you all that you need to know about the depth of their argument. The real reason they oppose the laws is that allowing workers to decide whether they support a union means that some will say “no” and the unions won’t get their dues money.

The Mexican workers suffering under corrupt unions show how right-to-work laws give workers a powerful tool to hold unions accountable: deprive them of money if they don’t represent their interests.

This is not the first time a labor situation with Mexico has caused U.S. unions and their allies to take a position opposite of what they espouse in the states. During the negotiations over the USMCA three years ago, the AFL-CIO told then-U.S. Trade Representative Robert Lighthizer that one “important” reform it required before it could back the trade deal was that “all future collective bargaining agreements [in Mexico] must be ratified by a secret ballot vote.” AFL-CIO President Richard Trumka told USA Today it wasn’t enough to have the secret ballot language in the trade deal. “We need to see their ability to implement and enforce that,” he added.

During the Obama administration, these same folks advocated for the Employee Free Choice Act, which would have bolstered the use of an organizing tactic known as “card check.” The legislation, which never passed, stated that when a union presented to management enough cards signed by workers to claim majority support, then the National Labor Relations Board would automatically certify the union as the workers’ exclusive representative.

That would have eliminated the National Labor Relations Act provision that stipulates that if management contests the union’s claim, then the National Labor Relations Board would hold a federally monitored secret ballot vote. Under card check, workers could be pressured into signing cards or have their signatures forged. A secret ballot election gives workers a chance to make the decision away from prying eyes.

That was allegedly a problem at the Tridonex factory. The USTR’s official request for review alleges that the Mexican workers may have been denied the “right to a personal, free, and secret vote on the legitimization of the collective bargaining agreement.” Is it too much to ask U.S unions to advocate for workers to get the same rights north and south of the border?