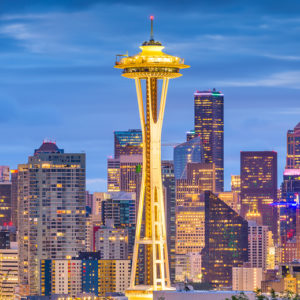 The Seattle city council, as part of a new trend in climate policy, is considering legislation that would ban the use of natural gas in newly-constructed structures.

Introduced by councilmember Mike O’Brien, the proposed bill would prohibit the use of natural gas piping in all new constructions starting next summer.

Inside Sources obtained a draft copy of the proposed legislation.

Under the proposed ordinance, the city’s government would be tasked with ensuring compliance.

For example, the city Department of Constructions and Inspections would be empowered to update the existing building and construction codes to “ensure consistency with the intent of this ordinance.”

“It’s hard for me to believe I exposed my family to that,” O’Brien said during a recent committee hearing on his proposal, citing concern for his children breathing in exhaust from his gas stove. “I don’t want any other families exposed to that going forward.”

Advocates for the GND resolution and the new proposal note that Seattle’s carbon emissions are on an increasing trend. According to a report from the city’s Office of Sustainability and Environment published earlier this year, Seattle’s emissions increased by 2.5 percent between 2014 and 2016. However, the main contributors to this increase were emissions from airplanes, trucks, and cars.  Natural gas contributes about a quarter of total emissions, the proposal states.

O’Brien was the prime sponsor for Resolution 31895, which passed through the council with unanimous support in August.

“This is a logical next step toward implementing a Green New Deal for Seattle,” says Jess Wallach, a member of climate advocacy group 350 Seattle in a statement to local media.

“It is a commonsense policy that protects the health of Seattle residents, as well as helps to ensure that we are doing our bit to curtail catastrophic climate change,” she notes.

“This legislation, and others like it, are a direct threat to consumer choice and could lead to higher utility bills for families and businesses and increased costs for landlords and developers,” the coalition argues.

Meanwhile, Councilmember O’Brien acknowledges that 28 percent of Seattle’s existing single-family houses use heating oil, citing data from the King County Assessor’s Office. And the city is considering adding a tax to home heating oil, while simultaneously discouraging the expansion of access to natural gas.

The federal Energy Information Administration (EIA) maintains that natural gas is a relatively clean energy source, particularly in comparison to home heating oil. “Burning natural gas for energy results in fewer emissions of nearly all types of air pollutants and carbon dioxide (CO2) than burning coal or petroleum products to produce an equal amount of energy,” the agency states.