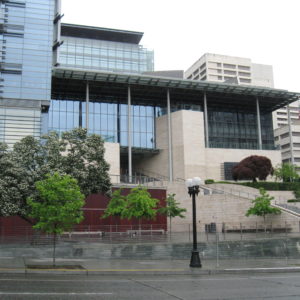 Late last year, the Minneapolis city council approved a proposal to divest itself from Wells Fargo and other banks with investments in the fossil fuel industry. Now Seattle is moving forward with a similar proposal which would punish the bank for both its fossil fuel investments and unscrupulous business practices. As in Minneapolis, however, it is unclear where the city plans to take its business.

Before leaving for its winter holiday, the council voted to propose legislation requiring socially-responsible investment policies, which includes a requirement that financial contractors provide the city with five years of data on unethical business practices and “prompt notice” of any potential claims of such practices.

The measure falls short of full divestment, said city staff, but still limits the amount of business the city does with Wells Fargo.

“As we understand it, [the measure] does not seek to divest from Wells Fargo at this time, but to not extend the contract when it expires on Dec. 31, 2018 (which is allowed under the contract) and to abstain from conducting any additional banking, investment or other business with Wells Fargo for at least one year,” said Seattle Communications Director Julie Moore.

The measure was proposed and lobbied for by Councilmember Kshama Sawant, a socialist and open supporter of the NoDAPL movement.

“The City of Seattle can make a strong commitment to environmental, economic, and racial justice by moving the $3 billion currently held in deposits with Wells Fargo to a financial institution that has the required social justice record. Other cities like Minneapolis and states like California are considering similar measures,” she said when proposing the new rule.

Sawant’s statement argued that the new policy was a justified response to both the bank’s investment in the Dakota Access Pipeline and other fossil fuel projects and its unscrupulous corporate policies. Although the measure parallels efforts by Dakota Access Pipeline protesters to divest major accounts from Wells Fargo, Seattle lawmakers were first concerned about the revelation that Wells Fargo employees had been opening fake accounts to charge customers additional fees.

This fall, Seattle curtailed its business with Wells Fargo, though it stopped short of full divestment. In October, the city voted to pull out of an upcoming contract to have Wells Fargo manage a $100 million bond financing for Seattle City Light, the public utility that provides the city’s electricity. This decision was driven not by the company’s connection to the fossil fuel industry, but rather the discovery that Wells Fargo employees had been opening fraudulent accounts and saddling customers with bogus fees.

Saying in a letter that the city “expected far better from its business partners,” Mayor Ed Murray, Council President Bruce Harrell, and Finance and Budget Committee Chair Tim Burgess vowed that the city would not recommence doing business with Wells Fargo until the bank provided details on how it plans to fix the problems it has created.

“Your organization’s underhanded  practices greatly harm not only the customers who have been shouldered with bogus fees and unfairly reduced credit scores through no fault of their own, but also your own reputation and relationship with your institutional customers, including the City of Seattle,” the letter stated.

“The people of Seattle expect far better from the City’s business partners. In light of this, and effective immediately, we have concluded that we cannot continue to work with Wells Fargo as lender on the $100 million bond financing for Seattle City Light that was on track to close this month,” it continued.

At the time, Wells Fargo responded in a statement, saying that it was “disappointed” in the city’s decision but would continue to be a “committed community partner” in the area.

Even after the vote, the final results of the measure are uncertain. Wells Fargo won the city contract after a submitting a proposal in 2013. The city has yet to specify what alternative financial institutions it could turn to to provide necessary financial services, although, like in Minneapolis, some have floated the idea of a credit union.

The city council members and city finance committee chair did not return requests for additional information.

In January, the proposal will come before the city finance committee and, eventually, a full council vote. Afterward, it would still require approval from the mayor.

This is not the first time that the Seattle City Council has voted on a pipeline measure. Several years ago, the city was one of the first to divest its cash pools from fossil fuels. In 2014, it passed a measure “ensuring that the City’s cash pool is not invested in corporations and other entities whose primary business is the production of fossil fuels.” This policy primarily affected the city’s pension fund investments. Also, in September, the Council unanimously passed a resolution of solidarity with the Standing Rock tribe and its allies.