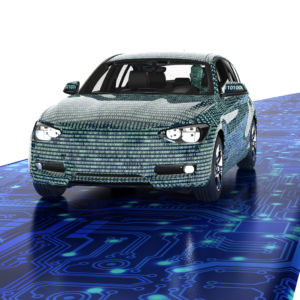 Self-Driving Cars Are Really Here, and Just Might Save Your Life

Uber and Volvo on Nov. 20 announced a partnership to launch a fleet of self-driving taxis in 2019. Meanwhile Waymo, Google’s autonomous vehicle company, has been operating fully autonomous cars in Phoenix since October. Waymo also joined with Mothers Against Drunk Driving, the Foundation for Senior Living, the Foundation for Blind Children, and the National Safety Council to launch a public education campaign called “Let’s Talk Self Driving.”

To some, autonomous vehicles (or “AVs”) still sound far-fetched and dangerous. Yet this concern — understandable as it is — also once applied to steam engines and automobiles. It’s time we move past it because AV technology is literally a life-saver.

Seat belts, air bags and crumple zones are important safety features, but they only mitigate the effects of a crash — the source of the problem is still human error. Ninety-four percent of vehicle crashes are caused by driver mistakes, so it’s not surprising that research by McKinsey & Co. suggests the widespread adoption of self-driving cars could reduce traffic accidents by as much as 90 percent. AVs offer the potential to eliminate the tragedies that come from drunk driving, too.

Autonomous vehicles will save money as well as lives. A NHTSA study valued the economic and social harm of traffic accidents at more than $871 billion in 2010. In addition, the consulting firm KMPG found that AVs could decrease insurance premiums by as much as 50 percent.

In fact, one insurance company is already offering a discount to drivers who use Tesla’s Autopilot, which may reduce crash rates by 40 percent. Combining the reduced cost of accidents and insurance, autonomous vehicles could save nearly $1 trillion annually.

Autonomous vehicles will also improve our quality of life. The average person spends 220 hours commuting to work each year, and the longest commutes are growing at the fastest rate. A number of studies have shown that longer commute times go hand-in-hand with various health problems, including high blood pressure, depression and anxiety.

Research suggests that AVs can substantially decrease stop-and-go congestion, thereby reducing at least some of this stress. This will also give people more time to spend with their families or to increase work productivity. And because AVs will improve fuel economy, they’ll reduce smog and greenhouse gas emissions.

However, the benefits of AV technology will be lost if government regulations — even well-meaning ones — put up entrepreneurial roadblocks. For example, some states have passed laws allowing the study of self-driving cars, but restrict who may test such technology. Instead, we need something our colleague Adam Thierer calls “permissionless innovation” — an environment that gives visionaries “the general freedom to experiment with new technologies and business models.”

Sometimes our own best intentions can get in the way of innovations that make our lives safer and better. This is the sentiment behind Henry Ford’s most famous — and most misattributed — quote, “If I had asked people what they wanted, they would have said faster horses.” New technology like iPhones, real-time GPS directions, and video calls were once only ideas from science fiction, but now most of us cannot imagine our lives without them.

Permissionless innovation allows the development of new technologies that revolutionize our way of life. It gives us the things that we never realized we were missing.

For example, in November Uber announced a partnership with NASA to develop air traffic control software for autonomous flying taxis, with the first tests of the service occurring in Los Angeles and Dallas in just three years.

Just as we can hardly imagine a world without cars, planes and the internet, future generations will take autonomous vehicles — even flying ones — for granted. In a world where no one worries about an early demise in a car crash, debates over AV technology will appear as misguided as the 19th-century arguments against railroads.

But the best of all possible futures can only happen if we allow our most ambitious innovators the space to create this world before our very eyes.

Michael Farren is a research fellow and Jennifer Huddleston Skees is a legal research assistant with the Mercatus Center at George Mason University.