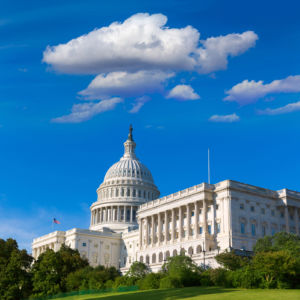 Republicans on the Senate Appropriations Committee advanced the ban in the form of a rider to an appropriations bill funding the FCC and other federal agencies for fiscal year 2016. The rider “prohibits the FCC from regulating rates under the net neutrality order.”

Senators on the Financial Services and General Government Subcommittee approved the bill Wednesday and sent it to the full committee for markup, where it was approved following a vote Thursday.

The rider isn’t as aggressive as a recent House appropriations bill blocking the net neutrality rules until pending legal challenges are settled in federal court. The White House previously described the House rider as “highly problematic.”

Republicans on the House Appropriations Subcommittee on Financial Services advanced their own rider in a 2016 appropriations bill funding the FCC on June 11, the same day a federal court denied a motion to stay the net neutrality rules until lawsuits brought by the broadband industry are heard.

Since publicly releasing the plan earlier this year, Wheeler has insisted the FCC will not use its new authority to regulate rates. Wheeler repeated the assertion during a hearing in May before the same Senate subcommittee that advanced Thursday’s funding bill.

Republican Commissioner Ajit Pai, who testified alongside Wheeler on the agency’s increased budget request for fiscal year 2016, said the Open Internet Order only says the FCC won’t engage in ex ante regulation (setting rates ahead of time through tariffs and other regulations), and that those rules still grant the FCC power to decide if the rates charged by providers to consumers are “unjust or unreasonable.”

“Our goal is not to have rate regulation. Some people have said that this gives us some kind of ex post authority. I would like to be able to make it clear that it is not a rate regulation tool,” Wheeler said. “If Congress wants to come along and say, ‘That’s off the table for the next commission too,’ I have no difficulty with that.”

The committee rejected an amendment proposed by Delaware Democratic Sen. Chris Coons to remove the rider.

“We are disappointed by today’s vote and wish more senators had voted to support consumers and small businesses,” Joshua Stager, policy counsel for New America’s Open Technology Institute, said in a statement Thursday. “As currently drafted, the bill jeopardizes Internet freedom and handcuffs the FCC’s ability to protect online innovation. We thank Senator Coons for his leadership and urge the Senate to fix this legislation before it advances any further.”

Thursday’s bill sets the FCC’s 2016 budget at $320 million — a reduction of $20 million compared to 2015, and $93 million less than Wheeler asked for to facilitate moving the agency’s office space to a more affordable location.

Wheeler told Congress in May the budget increase would be offset by FCC fees, a reduction in full-time employees and contractors, the closure of 16 field offices across the country and $190 million in rent savings from what the agency currently pays for its office space in Washington.

The Senate bill authorizes more funding for the FCC’s moving expenses so long as the agency moves into smaller office space. A final provision prevents the FCC from retroactively applying its rules governing joint sales agreements, which bar media conglomerates from owning interest in more than one television station per market.

President Obama is expected to veto the bill if it makes it through Congress over its net neutrality constraints.