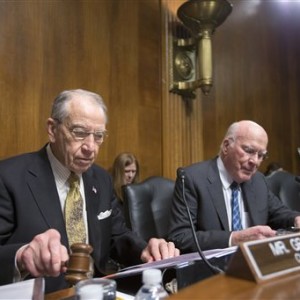 Editor’s Note: The story below has been updated to reflect Wednesday’s hearing, and a request for comment was made to Civitas.

The Senate Judiciary Committee convened Wednesday to discuss reforms to what some immigration experts and lawmakers describe as an oft-abused program in the U.S. immigration system — EB-5 visas, designed to grant citizenship to wealthy foreigners in exchange for investments in poor, underdeveloped areas.

According to committee leaders, the $500,000 invested by wealthy foreigners in exchange for green cards frequently ends up in the hands of developers like the Dallas-based Civitas Capital Group. Through its City of Dallas Regional Center subsidiary, Civitas has raised $500 million in EB-5 investments from more than 1,000 foreign families to finance upscale apartment buildings, hotels, office buildings and restaurants in and around downtown Dallas.

“This is done by drawing the targeted employment areas [TEAs]  to include long-chain census tracts, linking the affluent area at one end with the least affluent census tract, perhaps many miles away, that include low-income residents or subsidized housing,” Senate Judiciary Chairman Chuck Grassley said during Wednesday’s hearing.

Civitas, one of more than 600 private regional entities charged by the Department of Homeland Security with carrying out the program, became a chief example EB-5 abuse last year when the Texas non-profit Urban Equality NOW sued DHS to block Civitas from using EB-5 funds to build an upscale hotel-convention center in Laredo.

“One TEA has an astonishing 190 census tracts, covering 200 miles in order to include far away economic distressed areas,” Grassley said referring to Civitas’ Laredo project.

The developer received approval for the project by zoning the hotel inside a TEA, drawn by Civitas, cutting across five counties and 200 miles along the Gulf coast. The abnormal district shape strings together 190 economically-stressed census tracts all the way to depressed Brownsville, and meets the TEA-required unemployment rate of 1.5 times the national average.

Known as “gerrymandering,” the process has been used from California to New York, where TEAs are drawn from depressed areas like poor Bronx neighborhoods and Brooklyn housing projects to Wall Street, Lower Manhattan and across the Hudson to a 50-story Trump building in Jersey City. Groups like Urban Equality NOW and the Center for Immigration Studies say the unemployed stand little chance of benefitting from gerrymandered districts.

“The way the TEAs are worked out is almost totally in the hands of the developer,” David North, a fellow at the Center for Immigration Studies, told InsideSources. “There’s a nominal clearance at the state level, and absolutely no scrutiny as far as we can see from DHS.”

“To my knowledge, no state has ever turned down one of these gerrymanders,” North said, adding states have little incentive to turn down proposals and send money elsewhere.

“Since the USCIS [United States Citizenship and Immigration Services] accepts anything that the state accepts, and the states accept anything that is given to them, all you have to do is pull together the census tracts in such a way that you reach that statistical goal,” North explained.

As an exercise in how easy it is to gerrymander EB-5 districts, North drew an eligible TEA district in downtown Washington, D.C. including the most prosperous residential area in the country — the White House. North tied 1600 Pennsylvania Ave.’s census tract to another in Capitol Hill, encompassing the U.S. Capitol, National Mall and Lincoln Memorial, and linked it to tracts east, including prosperous neighborhoods, finally stretching to depressed neighborhoods across the Anacostia River.

“You can very easily construct a depressed area, in the terms of this law, that includes the White House,” North said.

Grassley and Ranking Democrat Sen. Patrick Leahy are leading the charge for reform via legislation mandating districts are drawn away from affluent areas. The bipartisan, bicameral effort includes the support of colleagues Reps. Bob Goodlatte and John Conyers, their House equivalents, both of whom testified during Wednesday’s hearing.

“The EB-5 program also encourages a whole host of financial fraud and corruption. The program’s abundant loopholes and lack of regulation have created a virtual playing field for unethical gamesmanship and con-artists,” Grassley said in December. “The Targeted Employment Areas created by Congress to steer foreign investments to rural and distressed areas have been greatly abused. The designations have been gerrymandered to include the most lavish of developments in the richest neighborhoods.”

Not all of their colleagues agree. Senate Majority Whip John Cornyn of Texas and New York Democrat Sen. Chuck Schumer pushed back against Grassley and Leahy’s attempt to include EB-5 reforms in last year’s omnibus spending bill, criticizing what they described as an emphasis on rural development and away from urban.

Both of their states have received sizable development projects from EB-5 funding, in Cornyn’s case much of it through Civitas.

Texas business mogul G. Brint Ryan, a business partner of Civitas CEO Daniel Healy — a witness in Wednesday’s hearing — held a fundraiser for Cornyn in his Dallas home last month, according to an email obtained by InsideSources.

“There’s a lot of common ground,” Cornyn said in December. “But rather than try to pass it in an omnibus appropriation bill without having much in the way in daylight or transparency involved, we need to have a hearing and then a regular markup.”

Supporters of the Grassley-Leahy bill organized by the Dallas-based More American Jobs Alliance — an EB-5 reform group representing “more than 170 EB-5 stakeholders, white and blue collar workers in different industries” — sent letters to Cornyn in February urging him to support the changes.

“We strive for Senator Cornyn’s recognition regarding the Grassley-Leahy EB-5 reforms and its potential and exponential economic impacts for Texas,” Shae Armstrong, an attorney for the group, said Tuesday. “So far, we haven’t received a response.”

According to a MAJA statement rural Texas, which makes up 84 percent of the state, would have benefited most from the reforms.

Civitas Capital Group did not respond to InsideSources’ request for comment.