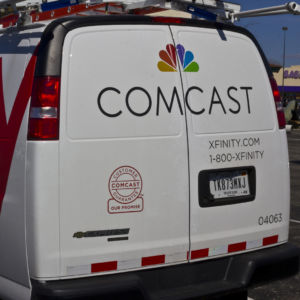 Abnormally poor customer service stories have become the norm among top pay-TV providers Comcast, Dish and others, and Congress is stepping in to investigate the increasing frequency of reports against companies with near-monopoly control in major parts of the country.

The Senate Homeland Security and Governmental Affairs Permanent Subcommittee on Investigations will convene a panel next Thursday to hear testimony from Comcast, Time Warner Cable, Charter Communications and Dish executives to “review billing and customer service practices in the cable and satellite television industry,” according to the committee’s website.

“This hearing will examine the cable and satellite provider industry, and will focus on practices involving billing, fees, refunds, and other customer service issues,” a Thursday statement from Ohio Republican Rob Portman’s office reads.

Portman, the chairman of the committee, and ranking Democrat Sen. Clair McCaskill of Missouri will hold the hearing as part of an investigation they plan to wrap up in the fall.

“The Senate panel will continue to investigate potential barriers to competition in the industry, including the difficulties faced by companies attempting to create innovative new television delivery models,” the statement said.

The lawmakers cited a recent American Customer Satisfaction Index survey that found pay-TV providers including Comcast and Time Warner Cable ranked near the bottom of 43 other industries, and was tied for last the year before.

Comcast, as the nation’s largest cable and internet service provider, led the pack last year in customer service complaints with 11,812 complaints between January and November — more than AT&T, Verizon and Time Warner Cable combined, despite having 15 million fewer subscribers.

Poor customer service stories at Comcast became such an increasingly frequent media story into the middle of 2015, the company announced a plan last May to overhaul its customer service arm by hiring more than 5,000 people, adding new equipment and procedures.

Despite the attempt at making progress, Comcast CEO Brian Roberts and other top execs won’t make an appearance before lawmakers Thursday, sending subordinate executives to testify instead.

The companies represented at Thursday’s meeting “provide television services to more than 70 million subscribers, representing more than half of all American households and more than 70 percent of households with pay-TV service,” according to the committee.

The committee has already subpoenaed documents from Comcast and other companies.

“Consumers in every corner of the country share common experiences about fending for themselves against customer service and billing practices by TV providers that are at best confusing, and at worst deceptive,” Portman and McCaskill said earlier in June. “For more than a year, we have conducted a bipartisan investigation of the largest cable and satellite TV companies. We believe our hearing will be a big step forward for consumers, allowing them to understand how their TV providers really work and make informed decisions about their video service.”

The timing of the hearing won’t work in the industry’s favor as it wages another battle across Washington, D.C. at the Federal Communications Commission, where Chairman Tom Wheeler is pitching rules to compel pay-TV providers to make their content available on third-party set-top boxes instead of forcing consumers to rent them for a monthly fee.

McCaskill’s Democratic colleagues Sens. Ed Markey of Massachusetts and Richard Blumenthal of Connecticut released the results of a survey earlier this year that found the average U.S. household spends $231 annually in set-top box rental fees, pulling in almost $20 billion every year for providers.

Providers including Comcast pitched their own proposal to do away with set-top box rentals earlier this week, outlaying a plan to mandate providers offer their content on apps in a style similar to Netflix and Hulu.

National Cable and Telecommunications Association CEO Michael Powell — the former FCC chairman and head of the cable lobby who came out strong against the set-top box proposal in May — said of his own industry last year that “customer service right now is completely unacceptable.”