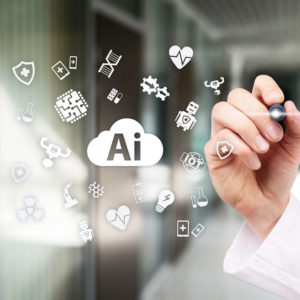 Senate Must Not Sabotage Our Most Successful Tech Industry

America is at war. But this new conflict isn’t over land, and it doesn’t involve bombs or guns. This is a tech war, which will establish whether the United States or China will lead the world economy and its technological innovation.

Whether America is winning or losing is the source of debate in business and policy circles, but China has undoubtedly made extraordinary strides.

America is lagging China in many areas of tech that will shape the future. Thankfully, we retain a dominant advantage in one major area: biotech. But Congress is threatening to destroy this critical sector, and America’s clear advantage.

China is the undisputed leader in artificial intelligence, dominating fields such as voice and facial recognition software. It also leads in next-generation energy technologies.

China is years ahead of America when it comes to 5G infrastructure. In 2020, China accounted for 87 percent of global 5G connections, and the average 5G speeds in the People’s Republic were five times faster than typical U.S. speeds.

America is even falling behind in the semiconductor industry it has dominated since the birth of the Information Age. China is close to overtaking the United States in both semiconductor fabrication and chip design.

Members of the U.S. Senate demonstrated they understand America has fallen behind in the tech war when they passed the U.S. Innovation and Competition Act (USICA).

If signed into law, the bill will pour $110 billion into supercharging America’s research in tech fields — including artificial intelligence, semiconductors, quantum computing and more. The injection of tax dollars to spur research and development in high-tech industries will be particularly helpful to startups and small companies crucial to closing the tech gap with China.

Small businesses are already responsible for almost half of the high-tech jobs in America. That number should get a boost if USICA passes, providing needed resources and support for our businesses in order to respond to China’s aggressive efforts.

Unfortunately, at the same time Capitol Hill lawmakers are working to compete with China by boosting small innovative businesses, they are also pushing initiatives that would undermine this smart work. If adopted, certain provisions in the House version of the Build Back Better Act will suffocate the U.S. biotech industry.

While the United States is falling behind China’s 5G technology, green energy production, AI development and large swaths of the microchip industry, America has always led the way when it comes to biopharmaceuticals.

No country in history is responsible for more innovative, lifesaving medicines and medical treatments than the United States. That remains true today. America creates about two-thirds of all drugs introduced each year.

The House version of the Build Back Better Act would cap prescription drug prices at an artificially low price decided by government bureaucrats. If the Senate adopts this price control provision, American biotech and pharmaceutical companies would lose more than $1 trillion over the next decade.

Small life-science companies are particularly at risk from the policy.

With almost no way to recoup their investments, angel investors and venture capital firms would stop pouring resources into young or small biotech businesses, essentially killing off nearly all American companies responsible for developing the most revolutionary new treatments.

As a result, some medicines would never be developed, and many lives would be needlessly lost. China would rush to fill the giant void left by a dramatic decline in biomedical R&D spending to become the global leader in the biotech space, but the supply and quality of innovative and lifesaving drugs may suffer.

The Senate is doing the right thing by encouraging America’s high-tech sectors through the U.S. Innovation and Competition Act. But lawmakers would be undermining that effort if they pass the Build Back Better Act’s price controls on medicines.

Winning the tech war against China is vital for America’s future — and the future of free markets, human rights and liberty. But we cannot defeat China if our own elected officials take away the most important advantage America has.