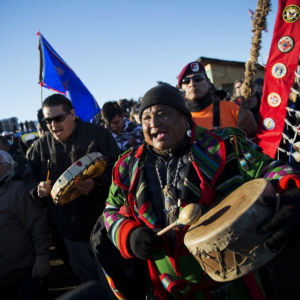 The federal government dictates a range of workplace rules employers must follow. The right of employees to join labor unions and the right to collective bargain are critical components to these laws. The House Education and the Workforce committee held a hearing to discuss a bill that would give tribes more control regulating those workplace rights.

Native American tribes currently do not have the ability to regulate their own labor rules because they are essentially considered employers. The bill would treat tribes similarly to local governments by adding them to a list of excluded entities. Supporters argue the bill corrects a misguided decision by the National Labor Relations Board (NLRB).

“The Tribal Labor Sovereignty Act is a simple fix that adds tribes to the list of governmental entities exempt from the National Labor Relations Act,” National Congress of American Indians President Brian Cladoosby said during the hearing. “In doing so, the legislation reinforces a critical part of Congress’s efforts to support governmental parity for tribal governments and respect for sovereignty.”

“They cannot petition the government of the tribe,” John Gribbon said during the hearing. “They cannot elect chairpersons or members of the tribal counsel. They do not have any influence over that. Contrary to that, local and state employees do.”

The National Labor Relations Act (NLRA) guarantees employees have certain workplace rights. They can organize into unions, negotiate for better working conditions, and engage in collective action like strikes. The bill would empower tribes by excluding tribal enterprises located on tribal land from the act.

The NLRA recognizes there is a fundamental difference between private and public employers. The law excludes local and state governments for that very reason. The National Labor Relations Board (NLRB) currently asserts jurisdiction over the commercial enterprises located on a tribal reservation because tribes aren’t exempt.

“For nearly 70 years the board respected Native American sovereignty and did not apply its jurisdiction under the National Labor Relations Act over tribes,” Republican Rep. Tim Walberg said during the hearing. “The reason was simple. While the NLRA provides important protections for workers, it is a private-sector labor law that specifically excludes state, local and federal government employees.”

Republican Sen. Jerry Moran introduced companion legislation in the Senate which is still being considered. The U.S. Chamber of Commerce led a coalition letter in support of the bill. The letter argues the bill would further respect and promote tribal sovereignty.

The legislation would also have a significant impact on those who work for tribe-owned enterprises. They would no longer be able to file a labor violation claim against the tribe. Employees currently can file a claim against tribal employers over which the NLRB asserts jurisdiction.