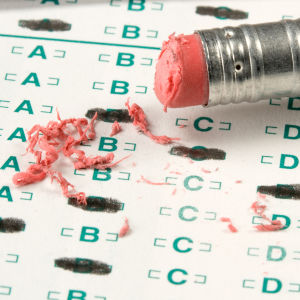 Senate to Debate No Child Left Behind Reforms

The U.S. Senate plans to start debating changes to the federal education law No Child Left Behind on Tuesday, less than 24 hours after the Obama administration announced that it doesn’t presently support either of the two reform bills moving through Congress.

This week marks the first time in 14 years that the Senate is scheduled to debate the unpopular No Child law, which was signed in 2002 by then-President George W. Bush. Once seen as a laudable bipartisan accomplishment, the law has drawn harsh criticism for mandating “high-stakes” standardized testing and giving the federal government a major role in American education.

The current Senate reform bill — the Every Child Achieves Act from Sens. Lamar Alexander, R-Tenn., and Patty Murray, D-Wash. — would continue the testing mandate but allow states to decide how to use their scores to improve schools. That’s one of a few ways the federal role in education would be scaled back under the bipartisan legislation.

According to news reports, White House Domestic Policy Council Director Cecilia Munoz said Monday night that both the Every Child Achieves Act and the No Child reform legislation in the U.S. House of Representatives lacks “accountability” measures to improve low-performing schools. However, she added that there is “a lot in this bipartisan [Senate] bill that gives us a lot of hope.”

The bill, which passed on a unanimous committee vote in April, was also praised by National Education Association President Lily Eskelsen García during her speech to the teachers union’s Representative Assembly over the weekend.

“We have the opportunity to end the federal nightmare of toxic testing,” she told a cheering crowd of educators.

Eskelsen García argued that laws should encourage “better information put in the hands of caring, competent educators so we can maximize the opportunity to learn from every blessed student.” In particular, she said she wants to see more information about which students have access to which resources: “Shouldn’t the public know which kids have access to a school librarian, to AP classes, to health services, to counselors, to reading tutors, to recess?”

The Senate bill also has the support of the American Federation of Teachers, the nation’s other major teachers union.

But some conservatives aren’t particularly enthusiastic about the reforms under consideration on Capitol Hill, saying they wouldn’t go far enough to limit the federal government’s power.

According to Burke, America has seen “50 years of failure thanks to the federal Head Start program. … After 50 years, we have a pretty good indication that large-scale federal preschool programs don’t serve the needs of low-income children very well.”

Burke said she favors allowing states to opt out of federal education programs altogether. House conservatives may push for this policy as they take up their own Student Success Act this week, but Obama administration officials have already said the president would veto that bill. There has been no similar veto threat related to the Senate legislation.