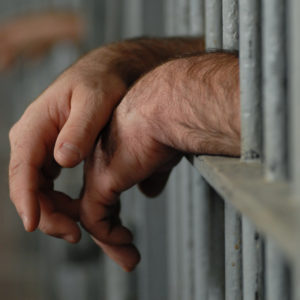 In an era of increasing political polarization, sentencing reform is one of the rare issues with bipartisan support. Even though incarceration rates are lower than they have been in years, the U.S. still incarcerates more people than most other countries and long sentences drain government budgets. Clearly something should be done, but existing proposals reveal that the problem is too big for any single piece of legislation to solve.

The FIRST STEP Act has the support of many influential members of Congress from both sides of the aisle, including Republican Senators Lindsey Graham (S.C.), Chuck Grassley (Iowa), and Mike Lee (Utah), as well as Democrats like Sen. Cory Booker (N.J.) and the White House. The act would allow prisoners to earn “time credits” for participating in “evidence-based recidivism reduction programming or productive activities.” These credits would be deducted from the time they were sentenced to serve.

Lawmakers from both sides of the aisle are optimistic that the bill, which arrived in the Senate this week, would pass a floor vote.

“If we get a vote, this thing will pass,” said Lee at an event sponsored by the Washington Post on Tuesday. “This is something I have been working on for the better part of the eight years that I have been in the United States Senate. “We’ve never been closer than we are right now.”

If passed, FIRST STEP would help to reduce incarceration time for prisoners who are already in the federal system. Proponents of the bill can provide numerous examples of minority prisoners who spent decades in jail for non-violent drug offenses.

However, opponents of the bill argue that there are relatively few people in the federal system who meet this classification, and the FIRST STEP act does nothing to help prisoners in state systems.

“The problem with the bill in part is that it conflates the federal system and the state system,” says Larry Leiser, president of the National Association of Assistant United States Attorneys. He explains that incarceration rates often conflate the two systems and that Congress only has the authority to change sentencing for federal crimes, which are of greater severity.

For example, possession charges in the federal system are generally reserved for large amounts of drugs–several kilograms–implying that those charged are working as drug mules. Mandatory minimum sentences apply to some, though not all of these cases. People charged under these statutes have another opportunity to reduce their sentence by cooperating with law enforcement, he explains, adding that only 12 percent of federal inmates were serving mandatory minimums and these generally because significant quantities of drugs were involved and the individuals refused to cooperate.

“The most effective way of avoiding a mandatory minimum is that if you cooperate with us, you will get your sentence reduced,” he added.

While true, that attitude does little to help those who have already been sentenced. The system today skews more towards keeping criminals off the streets than preventing them from reoffending and this is a growing problem. According to one recently-released Bureau of Justice Statistics Survey, some 83 percent of state prisoners reoffended in the first nine years after their release. Supporters of the FIRST STEP act believe that it will encourage prisoners to take classes in both job skills and life skills, such as parenting and conflict resolution.

In fact, sentencing reform is itself a compromise between different attitudes towards drug legalization. When pressed to discuss the possibility of decriminalization, Grassley, one of the key Republican sponsors of the FIRST ACT, declined even to speculate on its prospects. Although there is support for measures to allow prisoners to work to reduce their time served for drug offenses, the current Congress is not looking to legalize marijuana or take other measure to change other drug laws.

In the meantime, the focus is on sentencing reform, which is seen as a much more achievable goal. Senators from both parties agree that the bill currently has the support not just of President Trump, but also of more the than 73 senators. The last remaining question is if it will be brought up for a vote before the end of the session.

“We need to get a vote. There is not reason why we shouldn’t get a vote,” said Lee. But for now, the matter rests in Majority Leader Mitch McConnell’s hands.