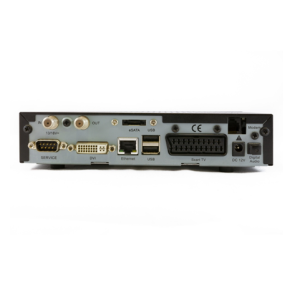 A new study following on the heels of the Federal Communications Commission’s proposal to unlock the set-top box shows the rental fees charged by companies, deemed unfair by the agency, are roughly equal to those charged by government providers.

The study by the right-leaning D.C.-based think tank Phoenix Center compares the average price charged by municipally-owned and operated video systems to the average price consumers reported paying in a survey cited by the FCC for its “unlock the box” proposal.

Last month the agency advanced a rulemaking to compel cable providers like Comcast and DirecTV to make their video content accessible by third-party devices, and give consumers the opportunity to purchase a set-top box from a company like Google instead of renting one from the provider.

Among other data, the FCC cited a survey of the ten largest pay-TV multichannel video programming distributors (MVPDs) by the offices of Democratic Sens. Ed Markey of Massachusetts and Richard Blumenthal of Connecticut. The survey found private cable and satellite providers charge a set-top average monthly rental fee of $7.43, with the average household paying $231.82-per year to rent two boxes.

Blumenthal described the fees as ““hideously vexing” and  “unjust and unjustifiable,” while FCC Chairman Tom Wheeler, citing the survey, described them as reasons “to tear down the barriers that currently prevent innovators from developing new ways for consumers to access and enjoy their favorite shows and movies on their terms.”

According to the Phoenix Center study, that’s less than the $7.65 charged monthly by 26 municipally-owned and operated communications networks, typically found in rural or underserved areas of the country.

“Or, I suppose an alternate interpretation of the evidence is that a price of about $7.50 is a reasonable one for a set-top box, thereby providing no basis for an insanely intrusive regulatory scheme aimed at weakening consumer privacy and turning consumers’ viewing habits into a source of profit for third parties.”

In the study, Ford proposes the similar price between the two suggests the monthly fee may simply cover the cost of providing the box.

“Are these government systems charging ‘unjust and unjustifiable’ prices? Are they exploiting customers by levying ‘hideously vexing fees?’ Are municipal networks ‘abus[ing] market power in the set-top box market’ and exploiting the ‘exceptional ability to impose excess charges on consumers?,'” Ford said. “I find these explanations hard to swallow. After all, the FCC, the White House, and the aforementioned political interest groups all hold out these government systems as paragons of virtue.”

A comparison of exact pricing found several major private providers, including Comcast at $2.50 per month, charge less than municipal providers, with examples in both categories providing the first box at no charge.

Meanwhile Chattanooga-based EPB, “the current poster-child of municipal broadband goodwill,” charges $8.50 per month and Greenlight in North Carolina $4.95 for the first box but $12.95 for a second.

“If anything, the prices of the municipal systems are a bit higher, but this difference is not significant,” Ford said. “Economic theory shows there is no motivation for video providers to seek profits in the set-top box. You can’t make money charging high prices for something consumers don’t want.”

According to Markey and Blumenthal, private providers could make almost $20 billion annually from the set-top box rental market.

On the other side of the aisle at the FCC, Republican Commissioner Ajit Pai speculates the new rules will likely end up forcing consumers to purchase two set-top boxes, because providers and third-party developers are unlikely to agree on specifications — something Wheeler’s order directs them to do.

During an FCC meeting in February Pai said it makes little sense to promote old hardware in an economy where apps have taken center-stage in video consumption. He added since the rules won’t take affect for two years until after they’re adopted, it’s likely technology will have outpaced them.

“Our goal should not be to unlock the box; it should be to eliminate the box,” Pai said. “If you are a cable customer and you don’t want to have a set-top box, you shouldn’t be required to have one. This goal is technically feasible, and it reflects most consumers’ preferences — including my own.”