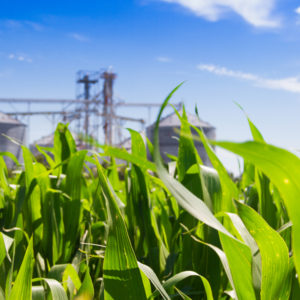 If an inexpensive, useful product proves too popular for too long, chances are that bureaucrats will try to ban it. Glyphosate (the key ingredient in Roundup) may soon be the latest victim to the bureaucratic banning brigade, among discredited junk-science claiming that the substance is deadly to humans. Instead of pursuing policy based on pseudoscience, lawmakers and bureaucrats should keep all of the evidence in mind in deciding the fate of a pivotal product.

Millions of Americans rely on glyphosate products every day to keep weeds away from crops and parkland. Commercial sprays such as Roundup give growers the ability to sell unprecedented amounts of wheat, soybean and corn, allowing food prices to stay near historically low levels. But lawyers looking to make a fortune from class-action lawsuits have found their niche in glyphosate suits; a string of unfavorable lawsuits has led to billions of dollars in damages for Bayer (Roundup’s producer). Litigation costs inevitably get passed onto consumers, as Roundup gets more expensive and consumers are pressed to find other options.

Making a product costlier/more difficult to obtain could, of course, be justified if compelling evidence was cited in court showing that key ingredients were cancer-causing or otherwise dangerous. Unfortunately, the best that the courts could do was cite the findings of an obscure taxpayer-funded research arm of the World Health Organization known as the International Agency for Research on Cancer (IARC). In the decades since the agency’s founding in 1965, observers began to realize that IARC will label pretty much anything under the sun at least possibly carcinogenic, facts be damned.

Coffee was on IARC’s blacklist for decades, despite studies emerging showing important protective effects against various cancers. In 2016 (15 years after the initial classification), IARC finally reversed course and pleaded agnostic on coffee. The stubborn, fear-mongering agency still refuses to label it non-carcinogenic; one bureaucrat explained at the time that it has simply “moved down a step in terms of the hierarchy of concern.” Just as IARC waged war against coffee, the international bureaucracy labeled glyphosate “probably carcinogenic” to humans in 2015.

As many concerns took on an alarmist tone and lawmakers contemplated action against glyphosate, researchers began to find holes in IARC’s assessment. A 2017 Reuters report based on leaked documents found that numerous times IARC deliberately distorted the data,  suppressing evidence that disagreed with the conclusion they wished to make including “the removal of multiple scientists’ conclusions that their studies had found no link between glyphosate and cancer in laboratory animals.”  These findings attracted the attention of the U.S. House of Representatives Committee on Science, Space and Technology, which questioned IARCs “data deletion, manipulation and potential conflicts of interest.”

Former U.S. National Cancer Institute statistician Robert Tarone concluded in a 2018 European Journal of Cancer Prevention paper that IARC selectively inputted results from animal studies that bolstered the link between glyphosate and cancer. The Environmental Protection Agency examined the evidence on its own, and found that the data simply did not show that glyphosate caused cancer.

These findings, however, haven’t stopped trial lawyers and regulators from using IARC’s findings to further their crusade against the popular herbicide. California relies on the international agency heavily to inform big, scary warning labels that producers must put onto their products sold in-state. This fear mongering labeling regime increases costs, and lends legitimacy to IARC’s discredited claims. For now, reason has temporarily prevailed; a federal judge ruled in 2018 that putting cancer warning labels on glyphosate products would be misleading to consumers.

If labeling and litigation don’t succeed in ending the product’s use, governments at all levels are counting on heavy-handed regulations to deter purchases. Already, more than 50 U.S. counties and cities have banned the use of glyphosate in playgrounds, parks and schoolyards. Federal legislation recently introduced by Rep. Rosa DeLauro, D-Connecticut, would forbid the late-harvest spraying of glyphosate on oats and require the screening of food for glyphosate … on taxpayers’ dime.

Instead of peddling fear and sham science, litigators and legislators should insist on the best-quality research free of selective omissions. Governments around the world that fund IARC need to demand that the agency re-examine its assessment of glyphosate, and explain discrepancies between its work and multiple national regulatory agencies. Armed with untainted science, Americans can continue to use the products they rely on for affordable groceries and pristine parkland.