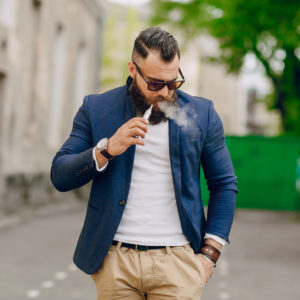 A poorly conducted study published by The Journal of Pediatrics is creating controversy in the e-cigarette and vaping markets. The study concludes, “Adolescents who reported e-cigarette use had more than six times the odds of initiating cigarette use as never e-cigarette users,” and “e-cigarette use may increase the risk of smoking during transition to adulthood.”

The study is getting a lot of attention from e-cigarette and vaping experts, many of whom say the results are “questionable at best.” One of the criticisms of the study is the small sample size. The study relied on only 300 students who identified themselves as “nonsmokers.”

Ann McNeill, a professor of Tobacco Addiction at King’s College London, says the study erred by examining teens who had just “tried” e-cigarettes, rather than studying consumers who use the product frequently. McNeill rightly points out it’s possible the “teens surveyed who said they tried an e-cig could’ve taken a single puff.”

McNeill says other studies, rather than showing a large increase in tobacco smoking, have revealed “marked declines in youth tobacco smoking since e-cigarettes came on the market.”

Peter Hajek, director of the Tobacco Dependence Research Unit at Queen Mary University of London, was very critical of the study. Hajek said he believes “the authors misinterpret their findings,” and he wrote the study “just shows that people who try things, try things.”

Hajek says contrary to the findings of The Journal of Pediatrics study, research has shown “as e-cigarette experimentation [has] increased, smoking rates in young people have gone down.” Hajek also wrote, “[T]he decline in youth smoking over the past few years has been faster than ever before.”

For instance, an April 2015 study by Abigail S. Friedman at the Department of Health Policy and Management at the Yale School of Public Health found “analyses consistently find that electronic cigarette access reduces teen smoking.”  Friedman used data from the National Survey on Drug Use and Health and the National Youth Tobacco Survey—a much larger audience—to test the hypothesis.

The study is the latest attempt to further anti-smoking groups’ attempt to build resistance against e-cigarettes and vaporized nicotine products, and the findings appear to contradict virtually all other previous studies conducted on young people’s e-cigarette use.

The untrustworthy study is just the newest battle in the war on e-cigarettes. In May, the U.S. Food and Drug Administration announced e-cigarettes would be classified and regulated as tobacco products—even though there isn’t any tobacco in the products—despite the fact these products are “95% less harmful … than normal cigarettes” and have the “potential to prevent death and disability from tobacco use, and … hasten … progress to a tobacco-free society,” according to researchers at Public Health England and the Royal College of Physicians. The new ruling is expected to cost companies millions of dollars in order to meet compliance standards.

Numerous studies have consistently concluded e-cigarette products help facilitate harm reduction and provide a safer alternative to tobacco that should be embraced. Studies, such as the one by The Journal of Pediatrics, are muddying the waters with poorly designed research and providing a disservice to the public.

As the war on e-cigarettes and vaping moves forward, it is important policymakers and government agencies focus on the sound science and research concerning these products, which have the potential to offer significant health benefits across the board. It would be unfortunate to hold back the progress in public health resulting from the rise of e-cigarettes due to error-filled studies that don’t accurately reflect society or the wider scientific consensus.