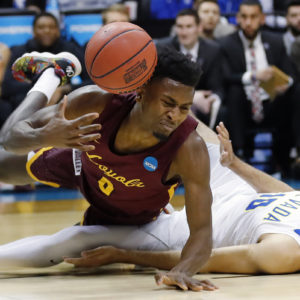 Should Collegiate Athletes Be Paid? New Case Against the NCAA Argues Yes

College athletics is a strange mix of the high and the low. Tens of thousands of students participate in sports like wrestling, rowing, and track for the love of the sport, perhaps getting some scholarship money, but with no plans of a professional career afterwards. For a few high profile sports, primarily basketball and football, college athletics have become a multi-million dollar industry and the training ground for the pros. Nevertheless, even these athletes are unpaid, other than the value of their education expenses. For decades, student athletes have been pushing against the National Collegiate Athletic Association (NCAA)’s rules about this. Thus far, they have lost their suits. However, a new case filed under the Sherman Anti-Trust Act looks more promising.

Last week, U.S. District Judge Claudia Wilken of the Northern District of California denied a motion to dismiss a lawsuit against the NCAA on behalf of current and former Division I football and basketball players.

In her decision, Judge Wilken laid out the necessary portions of a successful claim under the Sherman Act, telling the plaintiffs that they must demonstrate “that there was a contract, combination, or conspiracy; that the agreement unreasonably restrained trade under either a per se rule of illegality or a rule of reason analysis; and that the restraint affected interstate commerce.”

Her decision acknowledges that the existence of the contract, combination, or conspiracy that affected interstate commerce was not in doubt. Instead, Judge Wilken wrote, the plaintiffs “bear the initial burden of showing that the challenged restraints produce significant anti-competitive effects within a relevant market.”

This is far from the first time that the NCAA has been challenged on anti-trust grounds. According to American Enterprise Institute scholar Babette Boliek, from 1973 to 2015 there were 37 anti-trust challenges to NCAA restrictions. Of these, 18 were brought by student athletes. Only six of those cases survived motions to dismiss. Only one case succeeded even in part on its merits. Out of the original 37 cases, that is a slim success rate indeed.

The present case has a jump start on the others, however, in that it does not have to argue from scratch the connection between NCAA athletics and interstate commerce. That link was established in O’Bannon v. NCAA, an earlier lawsuit against the NCAA, which established that the NCAA’s rules were subject to anti-trust scrutiny.

“Thanks to Roger Noll, unlike O’Bannon, these plaintiffs do not have to start from scratch to prove that the NCAA operates in a relevant market that affects commerce,” says Boliek. “As in the case of O’Bannon, the relevant market will be the student athletic markets of Division I basketball and football.”

Building off of the anti-trust legacy established in the previous case, the current lawsuit argues that collegiate athletes should be allowed a free market for their labor, instead of being limited to the NCAA market alone.

The present case seems more favorable to the interests of past and present college athletes than previous lawsuits against the NCAA. In part, this is because Judge Wilken is hearing the case. She has already ruled in favor of the plaintiffs in O’Bannon v. NCAA., a case which expanded athletic scholarships to cover the full cost of college attendance. In addition, the present lawsuits limit the arguments the NCAA can make in defense of its behavior. Judge Wilken’s decision means that the NCAA is forced to argue why its rules capping scholarship dollars and limiting the market in which collegiate athletes can work is in fact pro-competition.

To succeed against the case made by the plaintiffs, the NCAA must argue that either the present rules successfully promote the integration of athletics and academics, or that they preserve the present popularity of the league by promoting an understanding of amateurism. This may prove to be a difficult barrier for the league to overcome.

“Even if the NCAA is able to successfully counter the anticompetitive charge, plaintiffs can show that these NCAA goals can be achieved by less restrictive means,” says Boliek. “For example, individual conferences could establish their own rules creating at least more competition among the various conferences.”

Already, observers are noting that the trial will likely take place in the midst of the collegiate football season, a schedule which only reiterates the billions of dollars of revenue hidden behind the NCAA’s supposedly amateur athletes.