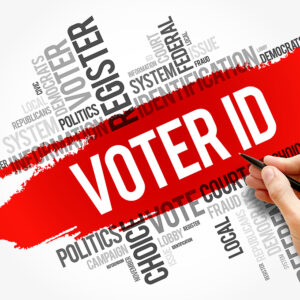 Is this the way shareholders want their corporations to spend their invested dollars? Is it a socially responsible act to lobby against states, like Georgia, that pass so-called “restrictive” voter laws?

Or is it a socially irresponsible act taken by CEOs who do not agree with the actions of a state legislature to require voter ID when requesting or submitting an absentee ballot?

Corporate social responsibility (CSR) is a loosely used term to describe a type of business self-regulation that seeks to hold a corporation socially accountable for its policies and decisions. In today’s socially and politically charged environment, the stakeholders place a premium on corporate activities that benefit society. Is lobbying against voter ID laws one such action?

These questions have been raised because of voting reform passed last month in Georgia that requires all people requesting or submitting an absentee ballot to provide a driver’s license or state ID card number if they have one. Otherwise, they can confirm their identity through one of several ways, including the last four digits of their Social Security number plus their birth date; a utility bill; a bank statement; a paycheck; a government check; or a similar government document that includes their name and address.

These are reasonable requirements. After all, if a citizen cannot provide such documentation, then the obvious question is whether they are in the U.S. legally. If we say it does not matter, the message sent is for illegal immigrants to come and vote in U.S. elections.

Corporate opponents of the Georgia law who are members of Civic Alliance, a self-proclaimed nonpartisan business coalition, released a letter on behalf of a group of more than 200 U.S. companies, condemning legislation that restricts “any eligible voter from having an equal and fair opportunity to cast a ballot.” Companies such as Coca-Cola and Delta Airlines signed the letter. The key issue is, who is eligible and how do they prove such eligibility?

Not all companies are on board. Walmart sent a note to a group of employees explaining the company’s position: “We are not in the business of partisan politics.” Walmart went on to clarify that its focus has been on core business issues like tax policy or government regulation. The company’s position is eminently responsible because it emphasizes issues that directly affect bottom-line profits, which are, and should be, of most concern to shareholders.

The real culprit is the cancel culture. By calling out states that pass so-called voter suppression laws, opponents to such limiting laws seek to pressure state legislatures into acting in a way that represents the perceived interests of corporations – or else be shunned for their actions.

A lingering question is whether corporations will end their contributions to the politicians who created the law. If not, they could face more sustained boycotts that do not just hurt companies but also the people who work for them. In other words, the cancel culture might call out those corporations and make them pay for their failure to speak out against voter restriction laws.

The problem with corporations speaking out about actions of state legislatures that pass undesirable laws is that those very companies may be put under the microscope, and legislators might pass laws that are harmful to the interests of those corporations. For example, should legislators withhold support from those companies that fail to have minority representation on their boards of directors?

It is an ethical slippery slope and, taken to its extreme, one group may cancel the other. And before we know it, every action will be subject to the wrath of the offended group.

Dr. Steven Mintz is author of "Beyond Happiness and Meaning: Transforming Your Life Through Ethical Behavior" and spent almost 40 years in academia. He wrote this for InsideSources.com.