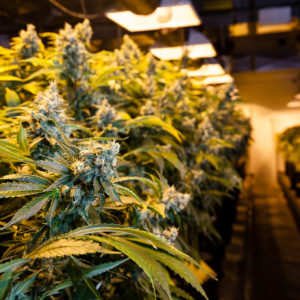 Should Marijuana Be a Medical Option?

Twenty-nine states recognize the legal use of medical marijuana by statute, and an additional 16 states have approved access to compounds in the cannabis plant, such as cannabidiol, to treat specific conditions such as uncontrolled epilepsy.

Furthermore, the majority of the American public — including many leading health agencies like the American Nurses Association and the California Medical Association — enthusiastically support patients’ access to cannabis therapy. Given this reality, the question isn’t “Should marijuana be a medical option?” but rather “What motivates those who wish to deny Americans their right to this safe and effective therapy?”

One likely answer to this question: profit.

In recent years, players in Big Pharma and those associated with them have become prominent in their opposition to marijuana law reform. It’s easy to see why.

Marijuana is currently being recommended by doctors throughout the country to safely and effectively alleviate a wide range of symptoms, from chronic pain to anxiety to depression. This growing trend clearly cuts into the business models of companies such as Purdue Pharma, Pfizer and GlaxoSmithKlein — all of whom profit from the sales of opioid-based products and other conventional prescription drugs.

At a time when the nation’s opioid problem is coming into the spotlight, this new data should be celebrated by those who are concerned with mitigating drug abuse and mortality from prescription-drugs. Yet, the sound of silence from coalitions like the Community Anti-Drug Coalition of America (CADCA), a group that receives ample funding from the pharmaceutical industry, is deafening.

Another study published last month in the journal Frontiers in Pharmacology by investigators from Harvard Medical School reinforces the threat that medical cannabis poses to Big Pharma’s stranglehold in the world of modern medicine.

Researchers reported that patients authorized medical cannabis over a three-month period experienced “moderate improvements in clinical state, including reduced sleep disturbance, decreased symptoms of depression, attenuated impulsivity, and positive changes in some aspects of quality of life. Additionally, patients reported a notable decrease in their use of conventional pharmaceutical agents from baseline, with opiate use declining more than 42 percent.”

Separate data published this year in The Journal of Pain reported similar results in a cohort of 244 patients, concluding, “Among study participants, medical cannabis use was associated with a 64 percent decrease in opioid use, decreased number and side effects of medications, and an improved quality of life.”

Physicians clearly understand the value of using marijuana to treat ailments, and so do many players in Big Pharma, which is putting its financial resources to work in an effort to stem the tide of reform.

In 2016, the industry lobbying group, aptly named PhARMA, which is largely considered one of marijuana reformers biggest opponents, spent more than $14.7 million in federal lobbying according to OpenSecrets.org. Additionally, the CADCA serves as the public relations arm of the prohibitionist movement, going so far as to sell the rights of their logo to corporations marketing materials. Who is listed as their largest contributors? The largest pharmaceutical corporations in the country, of course.

It’s now been 20 years since the White House commissioned the report “Marijuana and Medicine: Assessing the Science Base” in response to the passage of California’s Compassionate Use Act of 1996. The publication of the Institute of Medicine’s findings concluded that cannabis possessed medicinal properties to control pain and nausea, and to stimulate appetite — provided the issue of medicinal marijuana with a long-overdue credibility, and began in earnest the political discourse that continues unabated today.

The documented science in support of medicinal marijuana is now overwhelming, and it has become apparent that the only impediments to nationwide marijuana reform, be it medicinal or full legalization, are purely political in nature.

Nonetheless, with well-funded opponents ranging from PhARMA to prohibitionist culture warriors such as Sheldon Adelson, the battle for sanity in our criminal justice system will likely continue for the foreseeable future. It is unfortunate that the victims who are most impacted are those who are denied avenues to medical treatment that would ease their suffering. It is time for our country to lead with compassion, not outdated rhetoric.

Justin Strekal is the political director of the National Organization for the Reform of Marijuana Laws (www.norml.org).