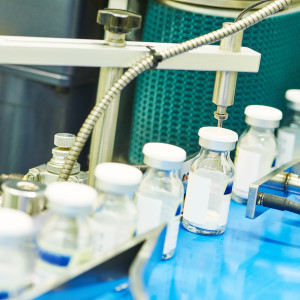 Should the Government Have a Monopoly on Public Health?

Why is it that we confuse “public health” with “public health agencies?” According to the Centers for Disease Control (CDC) “Public health is the science of protecting and improving the health of families and communities through promotion of healthy lifestyles, research for disease and injury prevention and detection and control of infectious diseases.” Under that definition, we may all be in the business of public health. Each of us, by examining our own lifestyles, tries to determine the healthiest way to live. Mothers and fathers try to improve the health of their families.

However, we also have public health agencies, including the CDC, the U.S. Department of Agriculture, the Environmental Protection Agency and the Food and Drug Administration (FDA). Too often, we look to agencies to solve all public health problems rather than just the problems for which they have the mandate—and possess the necessary information—to solve. Obesity is a prime example of this.

Another example, likely just as important as diet, is the government defining the “safety” and “effectiveness” for drugs and medical devices. While this may seem like the job for an impartial scientific agency, a deeper look at this issue reveals some serious problems with granting the FDA a monopoly on these definitions.

Let’s start with effectiveness. Peter Huber writes convincingly in his book “The Cure in the Code” about how the FDA’s ”gold standard” process of determining efficacy is actually last century’s standard and is no longer consistent with genetic science today. Essentially, the FDA requires three to four clinical trials (the fourth would be after the drug is on the market) to determine whether a drug is efficacious (and safe). A clinical trial is composed of two groups of people, test groups and control groups. If the test group—the one that gets the drug—has a statistically greater number of cures than the control group, the FDA says the drug is effective and then, and only then, can it be used by patients.

Huber argues that molecular and genomic medicine is about how a drug reacts in an individual patient so that a drug that works for some people with a specific genetic profile would be effective—even if it would fail a conventional clinical trial. In this case, we don’t need an FDA one-size-fits-all decision; we need information at the individual level that doctors and patients can use to make decisions on effectiveness.

How about safety? That seems to belong in FDA’s purview. A drug is either safe or it isn’t, right? Well, that’s not how those who study the science of risk analysis think. Suppose a drug (that is effective) is administered to 100 million people. Suppose it kills one of them but works for everyone else? Is it safe? How about if it kills 10 people, is it still safe? Suppose it kills a hundred people, or 1 out of every 10,000? Different people may accept different levels at which they think it’s safe. That’s because safety is subjective.

Think of conversations parents have about what they should allow their kids to do; e.g., when they can go to the playground alone, when they should get their driver’s license, or whether they should go on a senior trip. There is much subjective disagreement between about what’s really safe. Sometimes, it’s settled by putting conditions on approvals. Certainly one thing that helps settle the matter is as much information as possible, but that’s not always the only thing. Attitudes matter.

We’re on the cusp of potentially great advances in medicine, but we’re stuck in a regulatory mode for drugs and devices developed over 40 years ago. Perhaps the first question we need to answer as we move forward to a modern system is, “Do we need public health agencies to have monopolies over decisions about what is safe and efficacious?”