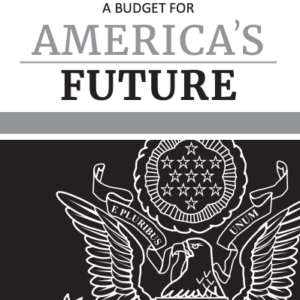 Should We Believe Trump’s Budget Forecast?

President Trump just released his proposed budget for fiscal 2021. Although most of the current discussion focuses on the president’s spending plans, revenues and the size of future deficits will hinge on the performance of the economy.

The president’s plan assumes the U.S. real gross domestic product will grow 3.1 percent in 2020. The budget further assumes, if the president’s policies are approved, 3 percent annual growth over the coming decade. This forecast is more optimistic than projections made by the Congressional Budget Office and private professional forecasters.

The CBO’s most recent forecast projects 2020 economic growth at 2.2 percent. It expects the economy to grow an average of 1.7 percent per year over the next 10 years. Private forecasts are closer to the CBO forecast than that of the administration. The consensus forecast of private professional forecasters compiled by the Federal Reserve Bank of Philadelphia is that the economy will grow 1.8 percent in 2020.  Private professional forecasters project a modest increase in growth to around 2 percent in 2021 and 2022.

Why does the administration’s forecast differ so much from the CBO?

Forecasting economic growth is difficult and highly uncertain. The administration’s forecasts are produced by the Office of Management and Budget.  Historically, the Congressional Budget Office forecasts are less optimistic than the more politically driven economic forecasts made by the OMB. This is consistent with the difference in the forecasts of the two agencies for 2020 and the decade ahead.

My research on forecast bias found an upward bias in the OMB forecast. Both the CBO and private-sector consensus forecasts revealed a downward or conservative bias. This makes sense as the OMB forecast is more politically driven.

Risk averse private-sector forecasters may be conservative because of the asymmetry in the consequences of forecast errors. Overly optimistic economic growth projections can lead to costly business errors and bad investments. These costly mistakes are easy to see and will come back to haunt forecasters.

In contrast, the lost returns from investments that are not made as a result of underestimates of economic growth are not observable. It is not a surprise that the data show a downward bias in private professional forecasts.

Comparing the two government forecasts, that of the OMB and the CBO, the difference reflects the institutional structure of each agency and the resulting political pressures. In both cases, forecast errors have political costs (and benefits), but the political costs depend on the agency.

The OMB is part of the executive branch of government and reports to the White House. OMB forecasters have an incentive to bias forecasts in a direction preferred by the administration. Rosier growth forecasts are the order of the day. Playing along with the administration’s political objectives is good for the careers of OMB professionals. A deliberately high growth forecast allows officials to avoid the need to propose cuts in favored programs or politically painful tax increases.

The CBO is more insulated and accountable to members of both parties. As a result, CBO forecasts tend to be less optimistic about the economy, closer in magnitude to private professional forecasters.

Rudolph Penner, who served as director of the Congressional Budget Office (1983-1987) and, before that, as assistant director of economic policy at the OMB, has argued that CBO forecasts that are similar to private-sector forecasts are easier to defend in front of Congress as they make the agency look less partisan.

The outlook for the budget deficit depends on the policy choices of politicians and how well the economy performs in the future. Any forecast, government or private sector, is likely to be wrong. This doesn’t mean that we shouldn’t make these forecasts, only that people and businesses that use these outlooks should be aware of the biases.

Based on the historical track records of the forecasts produced by both government agencies, I am betting the CBO outlook will end up being closer to reality.