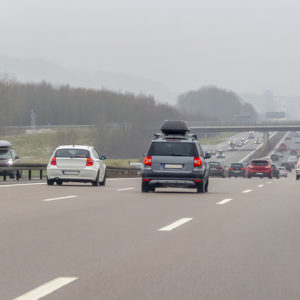 Should We Focus on Highway Expansion to Reduce Congestion?

Traffic congestion is a growing problem in most cities. A new study by the Texas A&M Transportation Institute finds that in 2017, congestion cost Americans $166 billion, or more than $1,000 per commuter each year in wasted time and fuel. This represents nearly a 47 percent increase since 2007.

The report discusses a range of policy options including improving transportation productivity, re-organizing how we work, higher density neighborhoods, and expanding highway capacity in areas of rapid growth. The authors also point out that there isn’t a one-size-fits-all solution for communities around the country.

Many public officials support the expansion of existing highways to accommodate more vehicles. On the surface, this approach appears to make sense. Certainly, fast-growing communities will need to expand their highway systems. But, unfortunately, adding lanes to a highway is not a cure-all policy for congestion relief.

Increasing highway capacity may reduce congestion for a while, but as commute times fall, additional drivers are drawn to the highway like iron to a magnet — congestion almost always returns.

After the addition of new highway capacity, it is not uncommon for average highway speeds to increase for some time. As using the highway becomes more attractive, however, it generates incremental trips and congestion usually returns.  This is sometimes referred to as the Iron Law of Congestion. More people are served by the infrastructure but the costs of congestion in time and fuel are not resolved.

Economists and transportation analysts have examined the consequences of expanding highway capacity in congested cities. After an expansion of highway capacity, congestion is reduced, but this reduction generally doesn’t last. Recent studies find a high, and in some cases, a nearly one-to-one relationship between additional lane miles and total miles traveled. Although the total volume of traffic using the highway increases, which benefits the community, but the congestion problem remains. This means that expanding highways is often a costly and ineffective way to reduce congestion in the long term. Additional lanes increase total vehicle volume on a highway but don’t get at the root cause of congestion — it’s just too cheap to get on the highway.

There is a way out of this conundrum, however: tolling. The use of tolls in London, Stockholm and Singapore, as well as express lanes in the United States, have shown that the use of variable tolls — higher during rush hour — effectively reduce traffic congestion and increase the productivity of the transportation system.

Economists have argued for many years that the most effective way to reduce congestion would be through variable tolls that make it more costly to drive when roads are congested. A variable-rate toll, high when a highway is congested and low or even zero when it is not, would create the proper incentives to help reduce congestion.

The attractiveness of tolls as a policy option is that they change driving behavior. With variable-priced tolls in place, people have an incentive to change the route, timing, or mode of a rush-hour trip. Depending on their residential and destination locations, some drivers will use alternate routes or start carpooling. Others will shift trips to off-peak hours or use public transit if it is available. Tele-commuting becomes a more attractive option.  These travel adjustments reduce rush-hour congestion cutting travel times for drivers who remain on the tolled highways.

There is an additional benefit from tolling urban highways. Tolls send a market signal to transportation officials as to which routes commuters value the most.  This signal tells officials where drivers want future transportation dollars to be spent. In addition, with less congestion, fewer dollars need to be spent on expanding highways.

Transportation policy has focused on expanding highway capacity as a means of lowering traffic congestion. But that route is expensive and ineffective. Variable tolling is an effective approach to reducing congestion. It would lead to a more efficient and enjoyable travel experience for drivers.