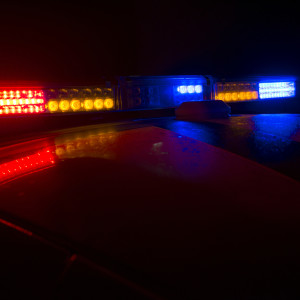 Should We Pay People Not to Commit Crime?

How do you get people to stop doing something? If you’re an economist, you might try paying them to stop. That’s just what the town of Richmond, Calif., has done to reduce violent crime. The town has had success with this program so far — so much that other cities are considering adopting it. The idea sounds crazy and seems like an insult to hard-working, law-abiding citizens. There are reasons to think it could be a disaster. But there is at least one reason it could work.

Richmond’s program identifies the local residents most likely to commit violent crime and pays them up to $1,000 per month to participate in a special program. The “Peace Fellows,” as the participants are called, must attend group therapy sessions and work with mentors to develop plans for their lives.

Richmond’s program has not been rigorously evaluated. We know that gun violence in the city fell substantially after the program was adopted, making the Peace Fellowships seem cost-effective. But this correlation does not imply causation — it might just be a coincidence. Richmond changed a lot of policies during this period. Without a control group — likely offenders just like the Peace Fellows who did not participate in the program — it is impossible to tell how much, if any, of the drop in violent crime was due to the Peace Fellowships.

If the adage that crime doesn’t pay is true, then you might think that would-be Peace Fellows already have incentives to avoid crime, and yet ignore them. How would more incentives help? Crime is tempting because it offers an immediate reward, while its costs and risks are long-term. Richmond’s program fights fire with fire, offering an immediate reward for avoiding crime.

Other programs share this structure and have been rigorously evaluated. Sometimes these programs are successful, but many times the financial incentive has no effect on behavior. That’s not a great outcome, but it’s not the worst case. The worst case would be if the incentives actually led to more bad behavior. And this may well happen with a Peace Fellowship program.

Recall that the Richmond program pays likely offenders (which the city defines as people suspected of previous violence) not to commit crime. This gives likely offenders an incentive not to commit crime, which is good. But it also creates an incentive to hurt others so that the city labels you a “likely offender” and offers to pay you to stop. This won’t lead everyone to act violently, of course, but for individuals who are struggling and don’t see other opportunities to improve their situations, this could push them in that direction.

In addition, there is evidence that paying people to do something reduces their intrinsic motivation. It changes the story we tell ourselves about why we’re doing something from “I’m doing this because I enjoy it” or “it’s good for me” to “I’m doing this for the money.”

Once the payments stop, people are less interested in continuing that behavior than they were before payment was an option. This suggests that paying criminals to obey the law could backfire: some people who wouldn’t have committed crime otherwise will now think, “Why stay out of trouble if no one is paying me for it?” The problem is we might not know this is happening until after the program ends and the payments stop.

So, does this mean we should consider Richmond’s success a fluke and abandon this approach? Not necessarily.

A key requirement of the Peace Fellowship is participation in group therapy and mentoring programs. This points to a way in which the program could be effective.

There is another program, called “Becoming a Man” (BAM), that teaches at-risk teens skills like impulse control and conflict resolution, and helps students make better decisions in social situations. This approach of using practical problem-solving techniques to change behavior patterns and thinking is known as cognitive behavioral therapy (CBT). CBT is hard work but apparently worthwhile. The University of Chicago Crime Lab rigorously evaluated BAM and found the program reduced participants’ arrest rates and increased high school graduation rates. The effects were large and lasted long after the program ended.

BAM was evaluated in school and juvenile detention settings, where attendance was mandatory. If we want to bring CBT to other at-risk populations, we need people to participate voluntarily. Perhaps Richmond has found a way, with its Peace Fellowship stipends, to get targeted individuals to willingly engage with CBT long enough to make a difference.

Paying people just to obey the law could make things worse. Being considered a likely offender becomes a prize, and as soon as the money stops, so would the good behavior. Instead we should use financial incentives to foster a lifetime of good habits. This is a difficult task, but perhaps it is not an impossible one.