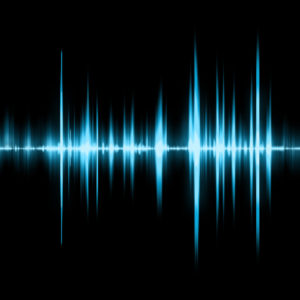 It can’t be seen or heard; can take place indoors or outside; it’s not biological, environmental or radiation, but it can make you sick or kill.

The cause is low-frequency sound, which seems ridiculous; how can sound bring on sickness or even death?

Your body reacts to sound, a train or plane passing by or your being too close to speakers can cause your body to shudder.

At the right frequency, one might not even realize it’s happening. It could have been the cause of sickness to our people in Cuba. Consider an analogy of light from the sun. You can’t see past the ultraviolet part of the spectrum, yet it can burn skin, produce skin cancers, and X-rays and gamma rays can kill.

With sound as the culprit, at the right frequency, amplitude and duration, health may be at risk. Go to a heavy-metal concert for an hour or so, it is hoped without ear damage. However, there might be nausea as a side effect. In that situation, sound has made the body vibrate and react.

The span of sound that a person hears is termed frequency range; the unit of measurement, Hertz (hz). Although there is considerable variation between individuals, the hearing range is commonly accepted to be 20 to 20,000 hz. To place that in perspective, the low frequency of a Tuba is 29 hz and of a Bass 27 hz. Below 20 hz, it’s called “Infrasound.” Those sounds are imperceptible to the human ear, but the body hears it, although, one may not be aware of the bombardment.

These sounds might occur from the whir of motors, water pumps, construction site noise, equipment room near your residence, or close-by traffic. Daria Vaisman, a research editor at the New York Press told of an incident with Walt Disney and his team of cartoonists. They slowed down a 60-cycle tone in a short cartoon to 12 Hz; they became sick for days afterward. A good example of extreme low frequencies that might be encountered is the church pipe organ. It can cause sensations of sorrow, coldness, anxiety and even shivers down the spine.

Sounds around 19 hz, matches the resonant frequency of the human eyeball, with reports of apparitions as detailed by the Coventry Telegraph newspaper. The most dangerous frequency is at the median alpha-rhythm frequencies of the brain, 7 hz. This is also the resonant frequency of the body’s organs. At high volumes, infrasound can directly affect the human central nervous system causing disorientation, anxiety, panic, bowel spasms, nausea, vomiting and eventually organ rupture, even death from prolonged exposure.

The first documented attempt to reproduce the infrasound effects was by Vladimir Gavreau in 1957. He became interested in infrasound when asked to cure a case of “Sick Building Syndrome.” The staff at a research plant in Marseilles were mysteriously falling ill. Chemical or pathogen poisoning was suspected, but Gavreau eventually traced the origin of the illnesses to air-conditioning units rotating fans that were generating low-frequency sound waves.

Gavreau began to experiment with low-frequency acoustics with the intention of creating a viable audio weapon for the French military. Several prototype designs were produced, christened “canon sonique” consisting of piston driven tubes and smaller compressed air horns and whistles. Gavreau and his team tested the instruments on themselves at the Marseilles plant with unexpected results. One of the team members died instantly “his internal organs mashed into an amorphous jelly by the vibrations.”

Fortunately, they could turn it off quickly; even so, others in nearby laboratories were sick for hours. Everything was vibrating: stomach, heart, lungs.

The only known audio weapon to have been deployed was developed by the German military during the final phase of World War II. The “Luftkanon,” or “Wirbelwind Kanonew,” a sound weapon designed to shoot down enemy aircraft by creating a vortex of sound; it did not have much success.

Home appliances such as hair drier, oven toaster, television, personal computers, and surprisingly, even the commuter train ridden every day may produce infrasound. One of the characteristics of low-frequency sound is that it can travel across long distances. The culprit may be wind turbines or water pumps miles away.

Recently, a woman moved into a new condo. She was not provided with full discloser of issues related to the facility, which in most areas is against the law. Specifically, she wasn’t told there were large water pumps nearby. They produced a series of audible noises and low-frequency sound, which made her sick. She legally voided her contract and moved elsewhere; the sickness left.

Even if you can’t see it, hear it or feel it, it can still make you sick or kill. Each person reacts differently to the same sound, so if no one else feels it, it may be just you.