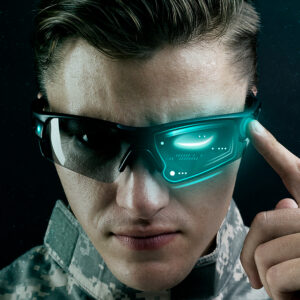 A buyout bid from a Singapore-based aerospace and defense company for Cubic Corp. of San Diego is the latest flashpoint in a fundamental debate about the U.S. military, technology, and foreign policy.

Last week, Cubic received an unsolicited buyout bid from Singapore Technologies Engineering Ltd., which is also in the defense business. It’s half-owned by the Singapore government through a holding company.

Foreign ownership of U.S. military contractors is an issue of ever-greater concern as more people in the defense community see manufacturing as the frontline of modern warfare. For years, the Pentagon has worried about technology manufactured abroad – particularly in China – making its way into U.S. defense systems. A 2018 Pentagon-led review identified hundreds of instances in which America’s military relying on foreign countries for critical materials.

And in February, Bloomberg expanded on a previously-reported story that, “In 2010, the U.S. Department of Defense found thousands of its computer servers sending military network data to China—the result of code hidden in chips that handled the machines’ startup process.”

While the Pentagon denied the accuracy of the Bloomberg report, the federal government has taken significant steps to tighten control of military technology, including reviews of purchases of U.S. companies that, like Cubic, are part of the defense tech network. For example, Cubic holds one of the contracts for the Department of Defense’s Global Tactical Advanced Communication Systems (GTACS II).

ST Engineering acknowledged these concerns in a statement, noting it has received CFIUS (Committee on Foreign Investment in the United States) approval for 11 past acquisitions of U.S. companies, including three buyouts in 2019. It also says it plans to sell the defense and security sectors of Cubic to the Blackstone Group if their purchase of Cubic is completed.

Critics note, however, that once ST Engineering and its holding company have control of Cubic’s defense tech and data, there’s no way to guarantee where it winds up, even if parts of the company are sold.

“Should we raise an eyebrow over a transaction like this? Absolutely,” says Michael James Barton of Hyatt Solutions, a cybersecurity consulting company. Barton, who has written extensively on national security and cyber threats, says concerns about foreign actors in the defense system supply lines is “a very real concern.”

ST Engineering’s bid to buy an American company with extensive defense contracts isn’t happening in a vacuum. The same week it made its bid for Cubic, China launched its largest-ever military incursion into Taiwan’s airspace — a stark reminder that the calculations over trade, technology, and security are changing.

As a November 2020 report from the Congressional Research Service stated, “The U.S. military has long relied upon technological superiority to ensure its dominance in conflict and to underwrite U.S. national security. In recent years, however, technology has both rapidly evolved and rapidly proliferated—largely as a result of advances in the commercial sector.”

The growing overlap between the commercial sector and military technology is almost certain to play a role in the review of any sale of Cubic to a foreign company.